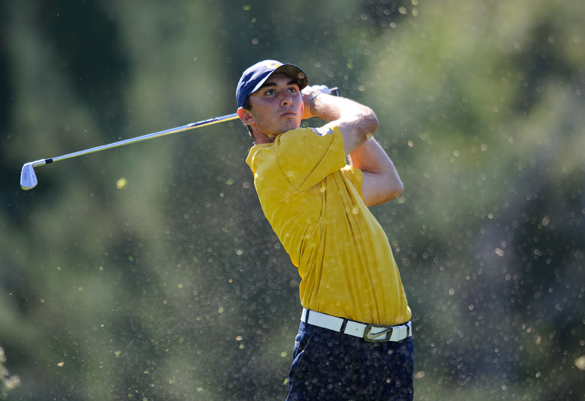 Max Homa won his first professional tournament May 18, and after two top 20s following the win, the California native has heavily struggled to make cuts on the Web.com Tour.

Homa, a 23-year-old native of Valencia, Calif., captured the BMW Charity Pro-Am — just his seventh career Web.com Tour start — with a spectacular final-round 63. The following week he placed 11th at the Rex Hospital Open, and 18th two weeks after that at the Cleveland Open. However, the California-Berkeley graduate has fired round of 72-75-81-79 since, missing the cut at the tour’s most recent two events.

Despite the struggles, Homa still remains in eighth place in the Web.com Tour’s money list, know as “The 25”. Homa is not in this coming week’s field in Halifax, Canada for the Nova Scotia Open, though his collegiate teammate Brandon Hagy will play. Hagy, who played in last week’s Palmer Cup as well as the British Amateur — where he lost his first round match — will be making his professional debut in Halifax.

Two other Californians find themselves in “The 25”, including Palm Springs native Byron Smith in tenth place and former PGA TOUR player Jason Gore in 14th.