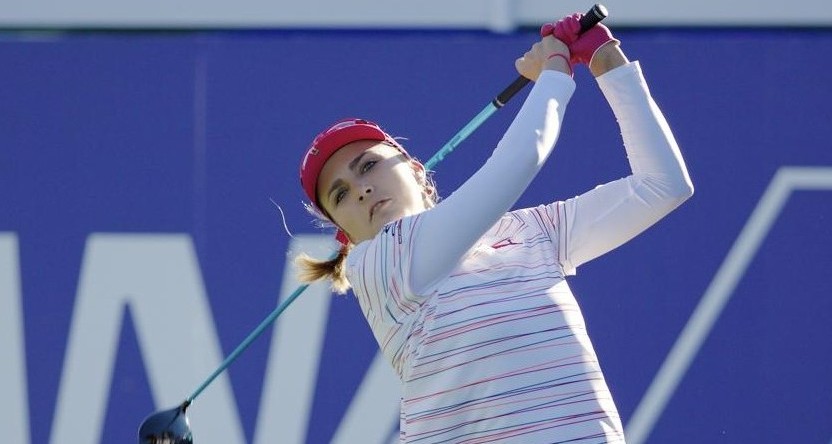 Lexi Thompson will become the second woman to play in the 28th annual Franklin Templeton Shootout this week when she teams with Bryson DeChambeau at Tiburon Golf Club at the Ritz-Carlton Golf Resort in Naples, Fla.

“It’s going to be fun paired up with Bryson,” Thompson told the Naples Daily News. “We’re a Cobra-Puma team, so it’s a pretty big deal.

“I love team events and to get an invite from (tournament host) Greg Norman, you don’t get that very often. I’m going to have a good time and see how I do.”

Thompson and DeChambeau, the 2015 NCAA champion for SMU from Clovis, Calif., were partners earlier this year in the CVS Health Charity Classic, an annual event hosted by Brad Faxon and Billy Andrade and finished in a tie for sixth.

“I actually played a few rounds with Lexi,” Norman said. “Very impressed. I have to do everything in my power to out-drive her. She gets it out there to a point where I don’t think it’s a problem no matter where the PGA Tour puts the tee markers.

“She’s going to be able to hold her own. She’s obviously a lot longer than I ever was.”

The 54-hole tournament will be telecast on Golf Channel on Thursday and Friday, and NBC on Saturday. The teams will play a scramble in the first round, modified alternate shot on Friday and better ball on Saturday.