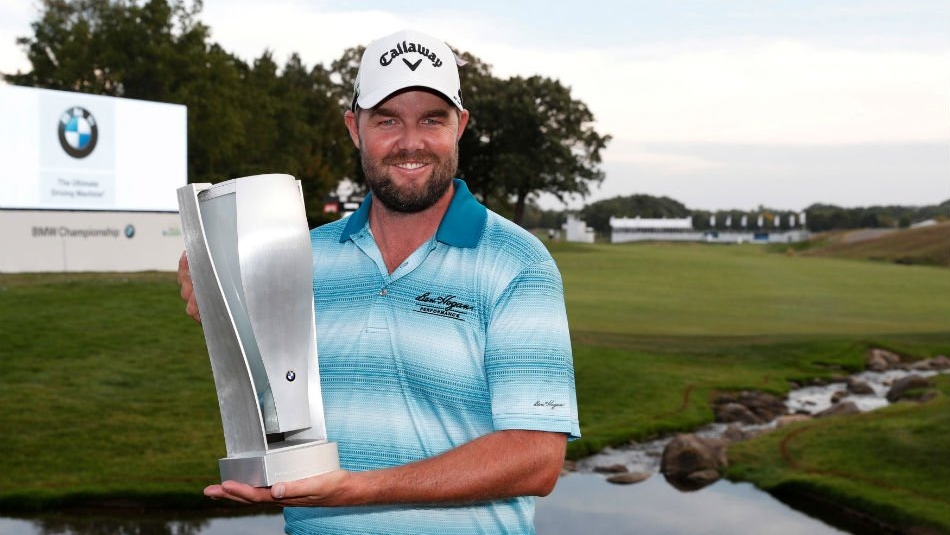 Two weeks ago, Marc Leishman blew a two-stroke lead on the back nine in the final round of the Dell Technologies Championship.

The 33-year-old Aussie wasn’t about to let it happen again.

Leishman shot 4-under-67 to win the BMW Championship by five strokes over Justin Rose of England and Rickie Fowler in the third of four events in the FedExCup playoffs at Conway Farms Golf Club in Lake Forest, Ill.

“There’s probably a few little scars from two weeks ago at the Dell,” said Leishman, who claimed his third PGA Tour victory, the second this season after winning the Arnold Palmer Invitational in March. “I was just really, really determined to just not let that happen again and try to give myself a big enough buffer that I could get it done. And yeah, I got it done.

“I feel awesome about this. It’s a long week when you lead every day. I didn’t sleep with that five-shot lead.”

Leishman, who opened with a career-best 62, finished at 23-under 261, breaking by one stroke the tournament record set by Tiger Woods in 2007 and equaled by fellow Aussie Jason Day in 2015.

In addition he climbed into the coveted top five in the point standings, and any player in that number who wins the Tour Championship next week at East Lake Golf Club in Atlanta will take home the FedExCup.

Jordan Spieth maintained his lead in the standings, followed by Justin Thomas, Dustin Johnson, Leishman and Jon Rahm of Spain.

Rose shot 65 despite his only bogey on the 17th hole and climbed to eighth in the point standings, while Fowler remained sixth in the points after his 67.

Day had a 69 to finish seven shots back in fourth, while Rahm and Matt Kuchar had matching 67s to wind up another stroke behind in a tie for fifth.

Spieth carded a bogey-free 65 to wind up 10 strokes back in a tie for seventh with Tony Finau, who shot 64 and climbed 15 spots into the top 30 at No. 24 to qualify for the Tour Championship.

Anirban Lahiri of India posted a 66 and was one more down in a tie for ninth with Webb Simpson, who totaled 68 and Patrick Cantlay of Los Alamitos and UCLA, who shot 70 and punched his ticket to East Lake by climbing 12 spots to 29th in the points.