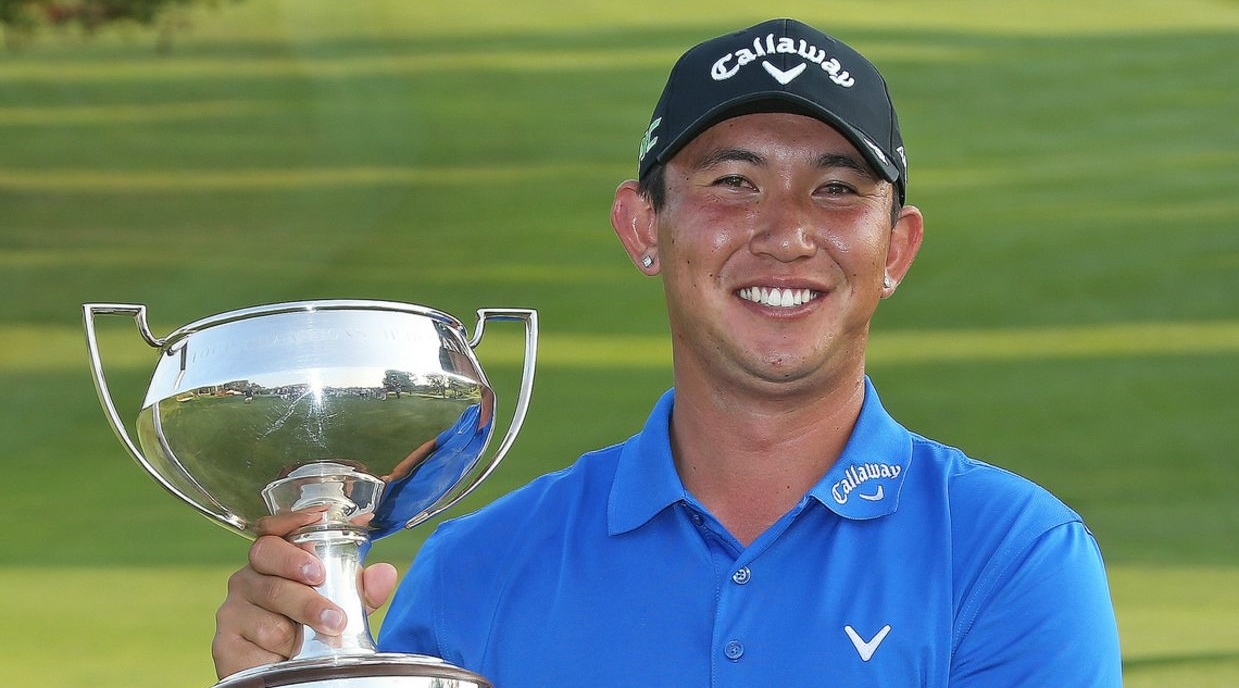 Rico Hoey is headed for the Web.com Tour.

The 21-year-old Hoey, a 2017 USC graduate from Rancho Cucamonga, shot 3-under-par 67 to win the season-ending Freedom Financial 55 Championship on the Mackenzie-PGA Tour Canada by one stroke over Jordan Niebrugge at Highland Country Club in London, Ontario, Canada.

The victory lifted Hoey to fifth in the Mackenzie Tour’s Order of Merit, with “The Five” all earning status on the Web.com Tour next season.

“I knew I had to shoot a good score to get myself into the top five,” said Hoey, who finished in the top 10 on six occasions in his first season as a pro. “I’m just glad I gave myself a shot and I pulled it off. It’s nice doing it for my family. They believe in me so much, so it’s kind of nice knowing I have support, so I’m just doing it for them.

“It’s hard not to think about everything that comes with winning. I just tried to block that out and play one shot a time. I was hitting good putts and I’m just glad I made the (birdie) putt on 17 that gave me a two-shot cushion.”

Niebrugge, from Mequon, Wis., and Oklahoma State, eagled his first hole en route to a 63 but came up barely short, while Jonathan Khan of Tucson and the University of Arizona totaled 66 to tie wind up three shots back in a tie for third with Chase Wright of Muncie, Ind., and the University of Indiana, who also had a 66.

Chris Williams of Moscow, Idaho, and the University of Washington closed with a 64 and was another stroke back in fifth.

For complete results, go to http://www.pgatour.com/canada/en_us/leaderboard.html.