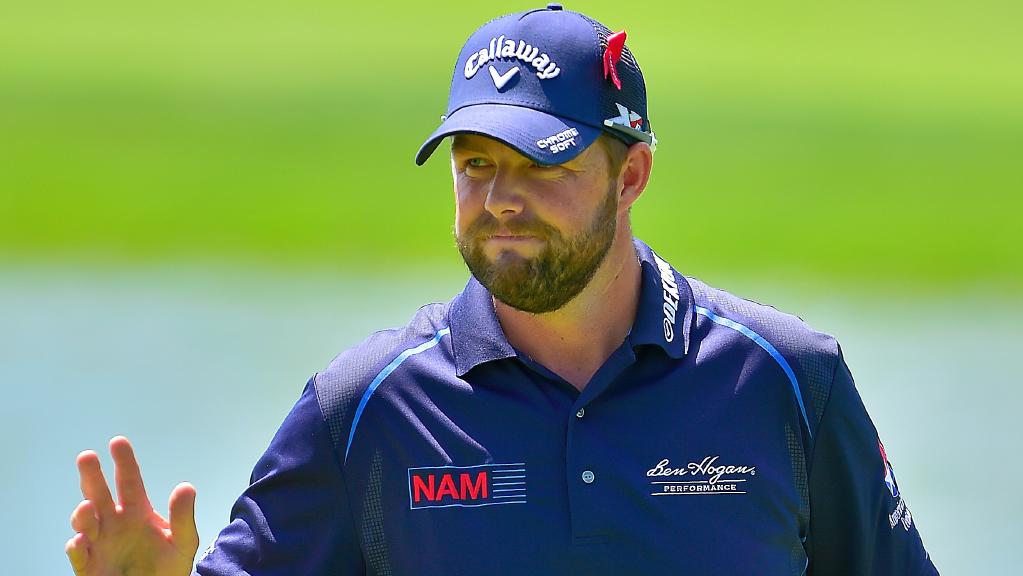 Marc Leishman of Australia continued to dominate the BMW Championship, third event of the FedExCup playoffs.

Leishman, bidding to climb into the coveted top five in the point standings ahead of the Tour Championship next week, shot 3-under-par 68 to take a five-stroke lead over fellow Aussie Jason Day and Rickie Fowler after three rounds at Conway Farms Golf Club in Lake Forest, Ill.

Jump-started by an opening 62, Leishman has a 54-hole total of 19-under 194 after sinking a three-foot birdie putt on the final hole.

Fowler made a 24-foot eagle putt from off the green on the first hole before reeling off 10 straight pars, but had two bogeys and a birdie coming home for a 70, while Day had only two birdies while also shooting 70.

Justin Rose of England posted a bogey-free 66 and is six shots back in fourth, while Jon Rahm of Spain had four birdies on the back nine in a 65 and is one more back in a tie for fifth with Charley Hoffman of Poway, Ryan Moore, Chez Reavie, Matt Kuchar and Scott Brown, who all shot 67, and Patrick Cantlay of Los Alamitos and UCLA, who came in at 67.

Rory McIlroy of Northern Ireland, defending FedExCup champion, is tied for 52nd following a 70 and is facing impossible odds of climbing from 51st in the point standings into the top 30 in order to defend his title in the Tour Championship.