Lefty might be out of Open, but he’s in St. Jude 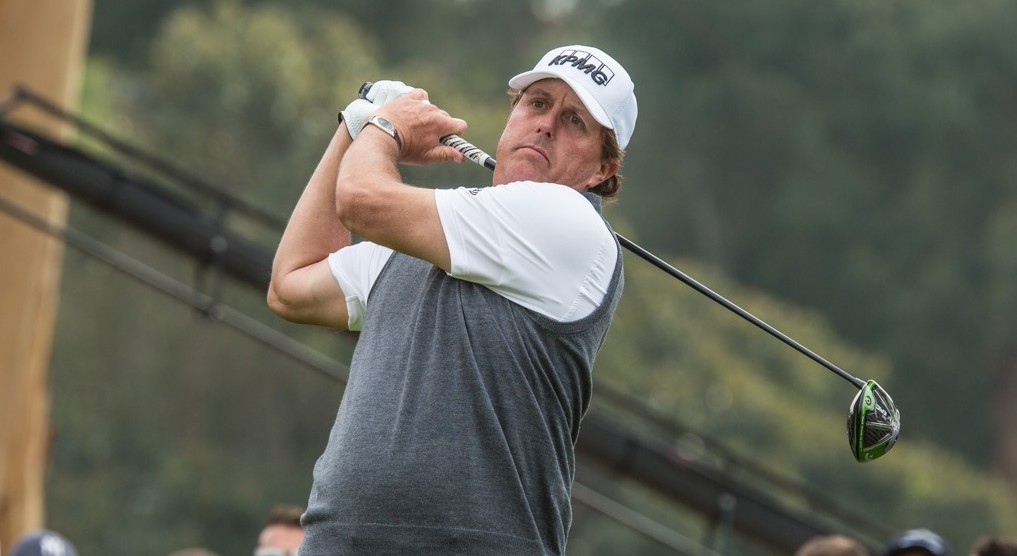 When Phil Mickelson was asked if he would make any early trips to Erin Hills, site of the U.S. Open next week even though he is playing this week in the FedEx St. Jude Classic, Lefty played it coy.

Mickelson was scheduled to make his fourth bid to complete the Career Grand Slam by winning our national championship, but he said he was altering his approach to major preparation, hoping to change his luck in the tournament.

“I’m taking a whole different approach to Erin Hills, and that is, I’m not going to do anything,” said Mickelson, who has finished second in the U.S. Open on six occasions and hasn’t won anywhere since claiming the third leg of the Grand Slam in the 2013 Open Championship at Muirfield in Scotland.

“I haven’t been to Erin Hills.”

Turns out, he’s probably not going to Erin Hills in Hartford, Wis., at all. He announced on Saturday that he doesn’t plan to play because the first round of the U.S. Open is on the same day his daughter, Amanda, graduates from Pacific Ridge High School in Carlsbad, Calif.

And he’s known it for quite some time, but kept it to himself.

Mickelson, a five-time major champion, informed Executive Director Mike Davis of the United States Golf Association on Saturday that he probably won’t play in the U.S. Open, but he has not officially withdrawn.

Lefty said there still is a chance he could play, if for instance, rain comes into play in the first round at Erin Hills.

“I mean, obviously it’s a tournament that I want to win the most, and … the only way to win is if you play and have a chance,” Mickelson said after the third round of the Memorial Tournament.

“But (his daughter’s graduation) is one of those moments where you look back on life and you just don’t want to miss it. I’ll be really glad that I was there and present.”

While Mickelson probably will not be in the field for the second major of the year, he will keep his commitment to play this week for the seventh time in Memphis, Tenn.

Even though he has never won the FedEx St. Jude Classic, TPC Southwind has become one of Mickelson’s favorite stops on the PGA Tour.

Lefty has finished no worse than a tie for 11th in the tournament in the last four years, closing with a 3-under-par 67 in 2013 to wind up two strokes behind Harris English in tie for second, and finishing with another 67 last year to again tie for second, three shots behind Daniel Berger.

“Esthetically it might look kind of plain. The greens are very small, small targets. The course challenges you with precision as opposed to overwhelming length and so you really have to be precise off the tee to maneuver around trees in the right spots so you have shots into the greens.

“You can hit fairways because out of the rough hitting these small greens is extremely difficult and it just … rewards great shots with a putt that is not a ridiculous breaking putt. You can really get it going on the greens.”

Even though Mickelson is a combined 34-under in the last for years at TPC Southwind, the course was something of an acquired taste for him

To the fans in Memphis, it doesn’t matter what he shoots.

“Phil Mickelson’s been huge for the FedEx St. Jude Classic,” tournament director Darrell Smith said. “He’s played four straight years. He’s played well. He was right in the hunt the last two years. To be able to say Phil Mickelson is coming to Memphis every single year is just great for the event, for the city and St. Jude.

“I think Memphis and the whole region, they like the superstars and for a superstar and a true legend of the game to constantly have Memphis in his plans is refreshing. The city itself is a little bit of an underdog city and when you get a guy like Mickelson who likes Memphis, it makes Memphians proud. They’re always pulling for him and they want him to succeed.

“To have Mickelson back for the fifth straight year, it’s really, really special.”

Lefty has something more special than a golf tournament the following week.