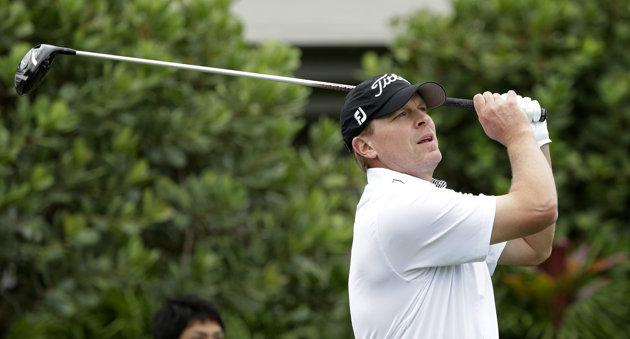 Steve Stricker applied for a special exemption to play the U.S. Open next week at Erin Hills in his native Wisconsin, but was denied.

So he went to sectional qualifying in Memphis, Tenn., and earned a spot in the second major of the year by shooting 67 at Ridgeway Country Club and 65 at Germantown Country Club.

“It means a lot,” said the 50-year-old Stricker, who has played on both the PGA Tour and PGA Tour Champions this season. “Not getting an exemption was a motivational factor.

“Not that I deserved one, but it’s been driving me to achieve this goal. And I’m just happy that I’m going to get to play. It’s a relief to get to play in the first one in my home state.”

Stricker, whose best finish on the PGA Tour this season was a tie for seventh in the Dean & Deluca Invitational at Colonial, has won 12 times on the circuit and posted 11 top-25 finishes in 19 U.S. Open appearances.