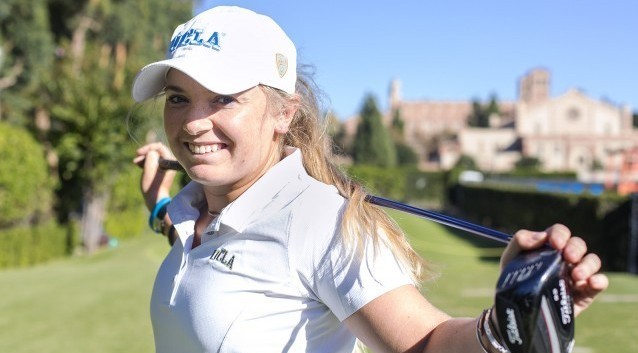 Bronte Law of England earned one more honor on her way out the door at UCLA, being selected Pacific 12 Conference Golfer of the Month for November, the fourth time she earned the award.

Law, a senior, turned pro after finishing in a tie for 24th LPGA Tour Qualifying School to earn partial status on the circuit.

“We congratulate Bronte on her success at Q-school and thank her for everything she has done as a member of our team,” UCLA Coach Carrie Forsyth said. “She has helped elevate our program and has widely contributed to much of our success over the past three and a half years. We wish her the best as she pursues the next stage of her career.”
Law, a three-time All-American and winner of the 2016 Annika Award as the best player in NCAA golf, finished as the winningest women’s golfer in UCLA history, capturing the Stanford Intercollegiate for the third straight year and giving her seven victories as a Bruin.

In her final event at UCLA, she tied for third in the stroke-play portion of the East Lake Cup at Atlanta Athletic Club and then went 2-0 in match play as the Bruins lost to Stanford in the consolation match after falling to Duke in round one.