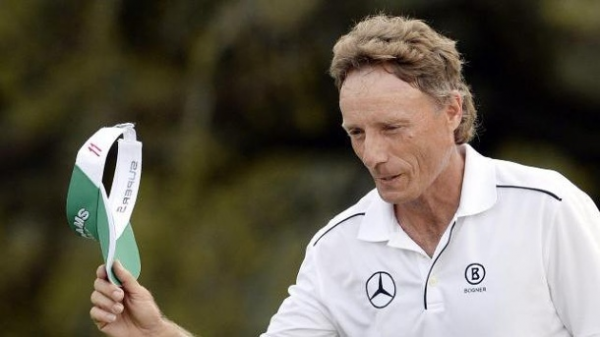 Bernhard Langer of Germany captured the Insperity Invitational for the third time, claiming his 20th victory on the Champions Tour by shooting 1-under-par 71 to hold off Fred Couples by one stroke at the Woodlands Country Club in the Woodlands, Texas.

Langer, who opened with scores of 66-68, seemed ready to coast home when he carded four birdies on the first seven holes of the final round, but he didn’t make another birdie and survived bogeys on the 16th and 18th holes.

“It’s been a great run and a wonderful achievement. I just feel like I’m playing some of my best golf in my career.”

Couples, a local favorite who played college golf nearby at the University of Houston, closed the gap on Langer with five birdies on the first six holes of the back nine, but finished his 67 with a bogey on the final hole. He eagled the first hole, but clawed back into contention after hitting his tee shot into to water and taking a double-bogey 6 at No. 2.

Colin Montgomerie of Scotland, who has 41 victories in his career but has yet to win on Champions Tour, was two strokes back in third after a 70 and defending champion Esteban Toledo of Mexico finished four shots behind following a 71.

Tom Pernice Jr. of UCLA carded a 71 and tied for fifth with Jay Haas, who came in with a 70.