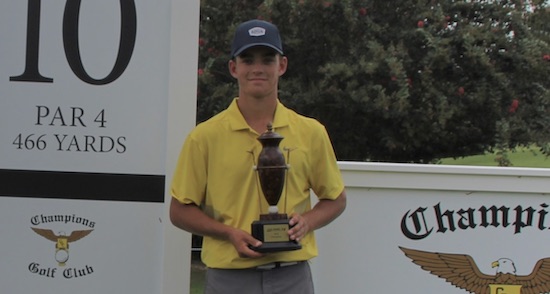 The 16-year-old Koivun, who recently won the Boys Division in the 92nd Northern California Golf Association Junior Championships at Lake Merced Golf Club in Daly City, made three birdies on the last 10 holes to hold on for the victory.

“When I tee up the ball on the first tee, I just want to put on a show,” said Koivun, who will be a junior at Archbishop Mitty High School in San Jose. “I just want to play a good round that I’m happy about. If someone outplays me then that’s that, but if I go out and feel like I’ve played my best, then I’m happy for the day.”