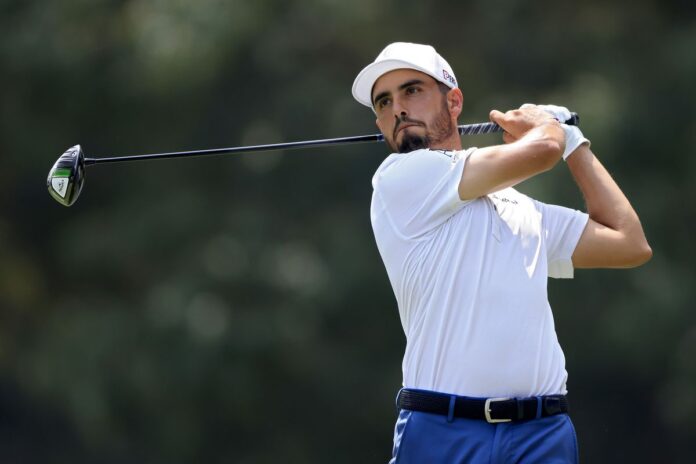 Abraham Ancer of Mexico claimed his first PGA Tour victory after leader Harris English stumbled badly on the back nine.

The 30-year-old Ancer sank a seven-foot birdie putt on the second playoff hole to turn back Hideki Matsuyama of Mexico and Sam Burns, winning the WGC-FedEx St. Jude Invitational at TPC Southwind in Memphis, Tenn.

“I wasn’t going to leave it short like I did on 18 in regulation,” said Ancer, who has finished second four times in his career. “I got my read, just went right at it and it funneled right down into the hole, just the way I pictured it.

“The end of regulation was so confusing because when I didn’t make a birdie on 17, I thought I needed one more on the last hole, but then I heard Harris made a bogey. You just never know because golf is such a crazy game.

“There were other times when I felt I made enough birdies to win, but it just didn’t happen. I just got lucky this time and it’s just crazy. It’s surreal.”

Ancer, who only previous pro victory came in the 2018 Emirates Australian Open, posted a final-round 68 to record a score of 16-under 264, while Masters champion Matsuyama carded a brilliant, bogey-free 63, and Burns, who won the Valspar Championship earlier this year, birdied three of the last four holes for a 64.

English, seeking his third victory of the season with a three-stroke lead at the turn, hit his tee shots into the water on both par-3 holes on the back nine for double bogeys and closed with a 73 to finish one stroke back in solo fourth.

“We were warned that we playing to slow on the front nine and were put on the clock,” said English, who missed a 13-foot birdie putt on the last hole that would have put him in the playoff. “It felt like we were running the rest of the way to keep up so we wouldn’t get a penalty.

“I was trying to hurry up and then slow down to hit a shot, and that’s hard to do, but I can’t worry about it now, it was just a bad result. I had a chance to get into the playoff on 18, but just didn’t get it done.”

Daniel Berger, who has won twice at TPC Southwind, birdied the last two holes and was two shots behind in a tie for fifth with Paul Casey of England, who had a 67, and Cameron Smith of Australia, who was tied for the lead on the last hole before driving into the trees, hitting his second shot out of bounds and taking a double bogey-6 for a 72.

Seventh-ranked Bryson DeChambeau of Clovis was tied for the lead early playing alongside English, but struggled to a 74 and was two more down in a tie for eighth with rookie Will Zalatoris, who bounced back from an opening double bogey 6 to shoot 69.

Second-ranked Dustin Johnson made birdies on the last two holes to cap a 70 and wound up five strokes behind in a tie for 10th with Ian Poulter of England, who had two double bogeys in a 72.

Eighth-ranked Louis Oosthuizen of South Africa tied for 17th following a 74, ninth-ranked Patrick Cantlay of Los Alamitos and UCLA tied for 23rd with a 67, while third-ranked Collin Morikawa of La Canada Flintridge and Cal shot 69 to finish in a tie for 26th that included fifth-ranked Justin Thomas, the defending champion, who shot 72.

Tenth-ranked Viktor Hovland of Norway tied for 36th with a 71, fourth-ranked Xander Schauffle of La Jolla and San Diego State, the Olympic Gold Medalist, totaled 68 to tie for 46th, and sixth-ranked Brooks Koepka stumbled to a 76 to tie for 54th.