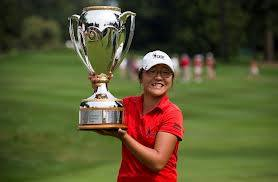 Lydia Ko, the 16-year-old phenom from New Zealand, announced that she will turn pro for her next tournament, the Lorena Ochoa Invitational in Guadalajara, Mexico, next month.

Ko has petitioned the LPGA Tour for full-time membership, which usually is restricted to players 18 and older, but she is likely to receive an exemption because she has won the tour’s RBC Canadian Women’s Open the last two years and is No. 5 in the Rolex Women’s World Golf Rankings.

Only top-ranked Inbee Park of South Korea, Suzann Pettersen of Norway, Stacy Lewis and So Yeon Ryu of South Korea are ahead of her in the rankings.
“If she plays any pro events now, she will play as a pro,” Tina Hyon, Ko’s mother, told the Golf Channel.

Ko, who claimed the 2012 U.S. Women’s Amateur Championship, became the youngest winner of a women’s professional event when she captured the 2012 Bing Lee Samsung Women’s New South Wales Open at the age of 14.

Later that year after turning 15 on April 24, she became the youngest player to win on the LPGA Tour when she captured the first of her two Canadian Open titles.
Had she been a professional this year, Ko would have made $934,987 in earnings on the course, including more than a $500,000 in her last two starts, her second victory in Canada and a runner-up finish at the Evian Championship, the final LPGA Tour major of the season.

Last week, Ko received the Mark McCormack Medal as the top women’s amateur in the world for the third consecutive year from the Royal & Ancient Golf Club of St. Andrews.