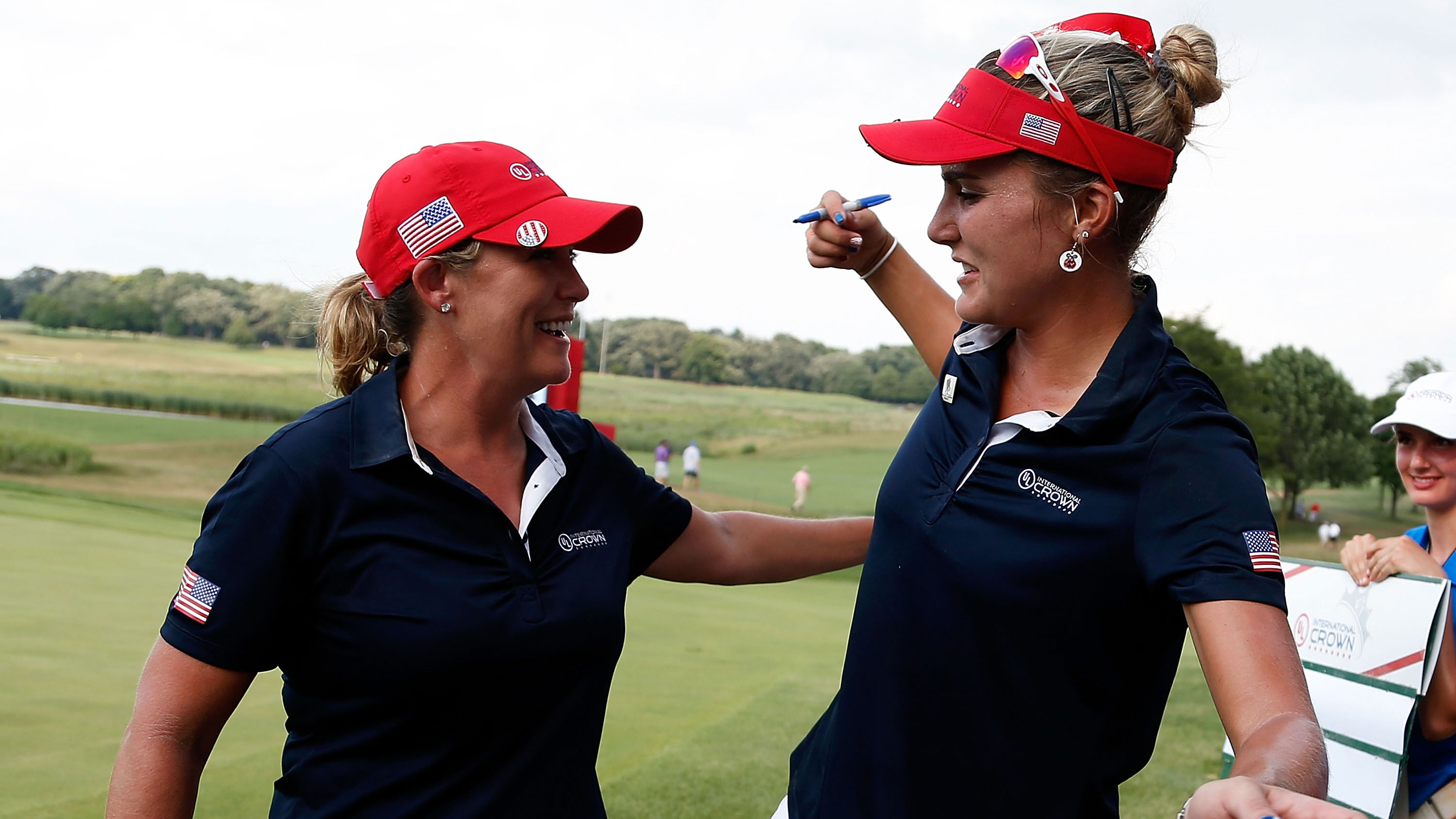 Kerr and Thomson beat Jodi Ewart Shadoff of England and Caroline Masson of Germany, 5 and 3, as the teams split the morning foursome matches, 2-2, and then they defeated Catriona Matthew of Scotland and Georgia Hall of England, 4 and 2, as the U.S. took three of the four fourball matches in the afternoon.

“We’ve been partners for about a year in team play and Cristie has been unbelievable,” Thompson said. “She walks in putts from all over the place and holes bunker shots. I played well today, but she was amazing out there.”

Said Kerr: “We make a great team. We knew we had to play well because (the Euros) did too. Lexi and I both had to make putts on top of them. We’ve been there for each other.”

The Americans, who lead the Solheim Cup series, 9-5, know it’s not over because they rallied from a 10-6 deficit in Sunday singles two years ago in Germany to claim a 14½ to 13½ victory.