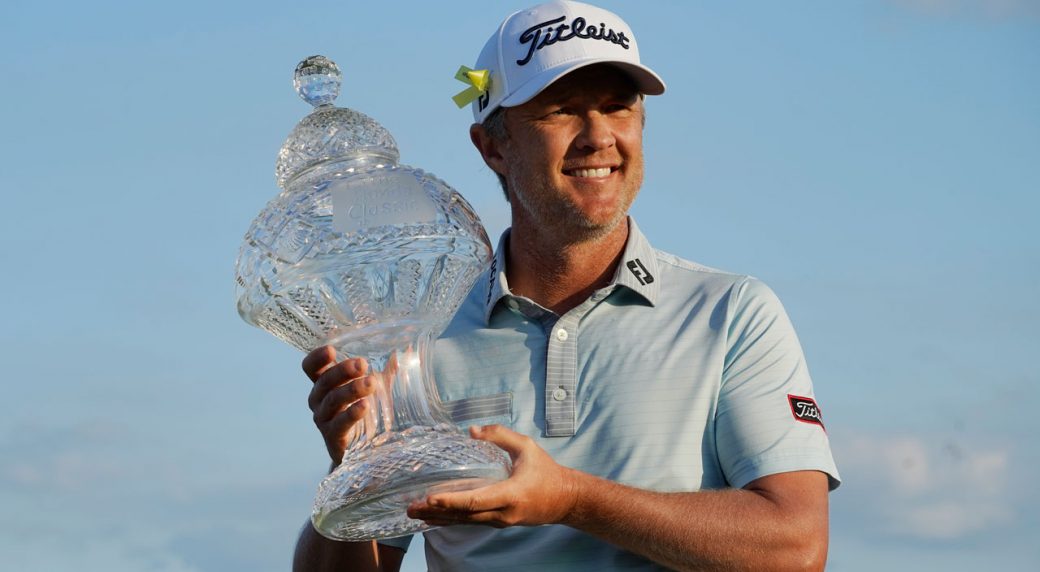 After Matt Jones of Australia regained the lead late in the third round, he really didn’t look back.

The 40-year-old Jones closed with a 2-under-par 68 to claim a five-stroke victory over Brandon Hagy in the Honda Classic on the Champion Course at PGA National Golf Club in Palm Beach Gardens, Fla.

“I’ve had some tough times since my last win out here,” said Jones, a two-time Australian Open champion whose only other PGA Tour victory came in the 2014 Houston Open. “It’s pretty emotional. I’ve just worked so hard with my coach back home in Australia and it paid off. This was the best ball-striking week of my career.

“This is probably the calmest I’ve ever been in a tournament for four rounds. There’s probably no tougher course to win on than this one and it’s just great for me to get it done here. It’s been few and far between for me, but it was worth the wait.”

Jones, who played college golf at Arizona State, collected four birdies and two bogeys in the final round to record a winning score of 12-under 268, opening with a course-record-tying 61.

His victory in the Houston Open came when he sank a 46-foot birdie putt on the final hole of regulation to get into a playoff with Matt Kuchar, and he holed a 42-yard chip to win on the first extra hole.

Hagy, from Westlake Village and Cal, birdied the last hole to bounce back from a third-round 76 with a closing 66 on his 30th birthday. He was the sixth alternate and didn’t learn he was in the tournament on Wednesday, and also shot 62 in the second round.

Chase Seiffert carded a bogey-free 64 to finish six shots back in a tie for third with Brendan Steele of Idyllwild and UC Riverside, who made a 29-foot eagle putt at No. 3 in a 65, Denny McCarthy, whose 37-foot birdie putt on the last hole capped a 67, Russell Henley, who had three late birdies in a 68, and C.T. Pan of Taiwan, who birdied the last hole for a 70.

Defending champion Sungjae Im of Taiwan shot 70 and finished seven down in a tie for eighth with Adam Hadwin of Canada (68), Camilo Villegas of Colombia (69), Zach Johnson (70) and Sam Ryder (71).

Aaron Wise of Lake Elsinore, the second-round leader at 64-64 who held a six-stroke lead early in the third round, made a double-bogey and a triple-bogey on the back nine en route to a 73 and wound up in a tie for 13th.