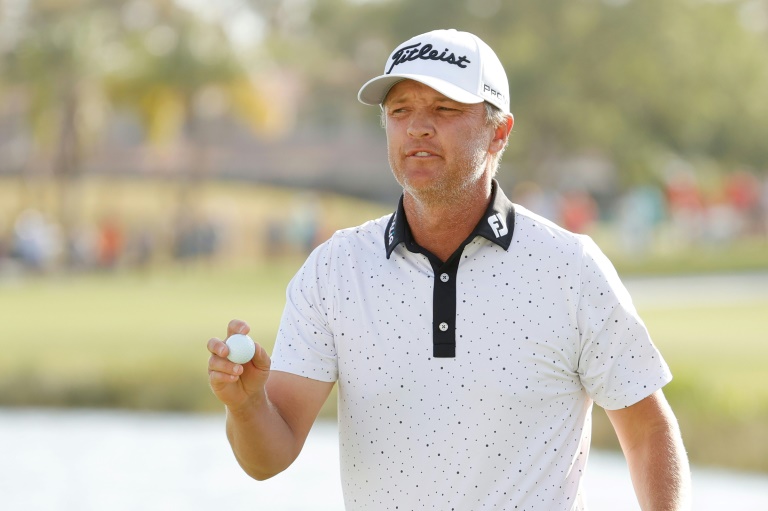 First-round leader Matt Jones of Australia went back to the top when Aaron Wise’s six-stroke margin was gone with the wind.

The 40-year-old Jones posted a solid, 2-under-par 69 to take a three-stroke lead over Wise and J.B. Holmes to the final round of the Honda Classic in breezy conditions on the Champions Course at PGA National Golf Club in Palm Beach Gardens, Fla.

“I thought the front nine was more difficult and par was a good score,” said Jones, whose only PGA Tour victory came in the 2014 Shell Houston Open. “The back nine, you know what to expect, and with the wind I just wanted to keep the ball down, but you knew it was going to be tough.

“I usually like to play aggressively, but I’m happy to play safer because of the wind. I just want to keep doing what I’ve been doing tomorrow, giving myself some chances for birdies, and if they miss keep the ball close enough to make easy pars.

“I just want to manage the golf course and take what it gives me.”

Jones, who tied the course record with a 61 in round one, birdied the first hole before making his only two bogeys on Nos. 4 and 6, then added two birdies on a flawless back nine to record a 54-hole score of 10-under 200.

Wise, of Lake Elsinore, started with 64-64 to take a three-stroke lead and was ahead by six shots after making his only birdies in round three on the second and fourth holes, but went double bogey-bogey on the sixth and seventh before adding four bogeys on the back nine in his 75.

“I started off well with the two birdies, but the course just played very hard,” said Wise, who was the 2018 PGA Tour Rookie of the Year when he won the AT&T Byron Nelson. “I honestly thought I played pretty well, I just didn’t manage the wind. I was not so good off the tee, but I hit my irons well and just didn’t make any putts.

“I don’t know what the forecast is for tomorrow, but I’ll be ready for the wind if it comes back. There’s still one more round to play and I’m still close, so I’m fortunate to still have a chance to win.”

Holmes made three birdies on the back nine and finished with a second straight 67.

“The conditions were difficult, but I didn’t really make a mistake on the back nine,” said Holmes, who has won five times on the PGA Tour, the last in the 2019 Genesis Open. “I just played really good golf and if I can do that again tomorrow I’ll be OK.”

C.T. Pan of Taiwan shot a bogey-free 65 that was the low score of the day and is four down in a tie for fourth with Cameron Tringale of Mission Viejo, who finished at 69, and Sam Ryder, who wound up at 72.