Wise Leads Honda by 3 After Second 64 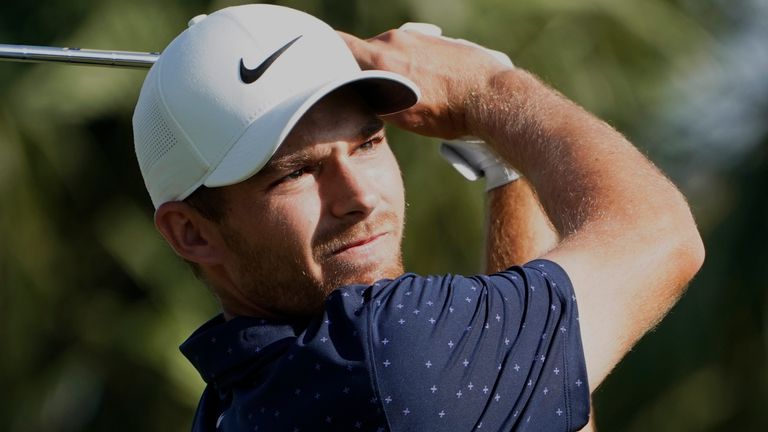 Aaron Wise is stuck on a good number.

The 24-year-old Wise rode two eagles to a second straight 6-under-par 64 and took a three-stroke lead over Brandon Hagy and Matt Jones of Australia midway through the Honda Classic on the Champion Course at PGA National Golf Club in Palm Beach Gardens, Fla.

“They were totally different rounds,” said Wise, whose only PGA Tour victory came in the 2018 AT&T Byron Nelson, when he was named Rookie of the Year. “Today I made a couple of eagles, but missed a couple birdie putts I should have made, and yesterday I just played solid. But each round was equally impressive, in my opinion.

Wise, who is from Lake Elsinore in Southern California and helped Oregon win the 2016 NCAA Championship while also claiming the individual national title, sank a three-footer for eagle on the 18th hole, a 45-footer for another eagle at third and finished with a 14-foot birdie putt at No. 9 to record a tournament record 12-under 128 for 36 holes.

Hagy, 29, from Valencia and Cal who was the last player in the field when Kramer Hickock withdrew on Wednesday, collected six birdies and holed a 47-foot eagle putt at No. 18 while posting a 62 that was low score of the round.

First-round leader Jones sank a six-foot eagle on the 18th to salvage a 70 after opening with a 61.

“It’s been kind of a funny week,” said Hagy, who has battled wrist and back injuries in recent years. “I was at home on Tuesday afternoon when I learned I had a chance to get into the tournament, and got a last-minute flight. I got here and didn’t get a chance to play a practice round.

“(But) I’ve done Tour-School here and I’ve played three times already in this tournament, so it’s pretty clear out there what you have to do. The greens are going to be quick and there’s lots of water. … I feel like I’m playing on a little bit of house money, so I kept it pretty loose out there.”

Sam Ryder shot a bogey-free 63 and is four shots back in fourth, while reigning British Open champion Shane Lowry capped his 66 with a 48-foot eagle chip on the last hole and is five down in a tie for fifth with Denny McCarthy, who made a 34-foot birdie putt on No. 9 to finish a 65, Scott Harrington, who birdied the first three and the last for a 67, and Russell Henley, who birdied the last two for a 69.

Camilo Villegas of Colombia sank a five-foot eagle putt on No. 18 and added five birdies while finishing a 65 on the front and is six stroke behind in ninth, while Stewart Cink and Brice Garnett posted 64s and are one more back in a tie for 10th with Harry Higgs (67), Cameron Tringale of Mission Viejo (68), Zach Johnson (68) and Robert Streb (66).

Defending champion Sungjae Im of South Korea carded a second straight 68 and is tied for 16th.