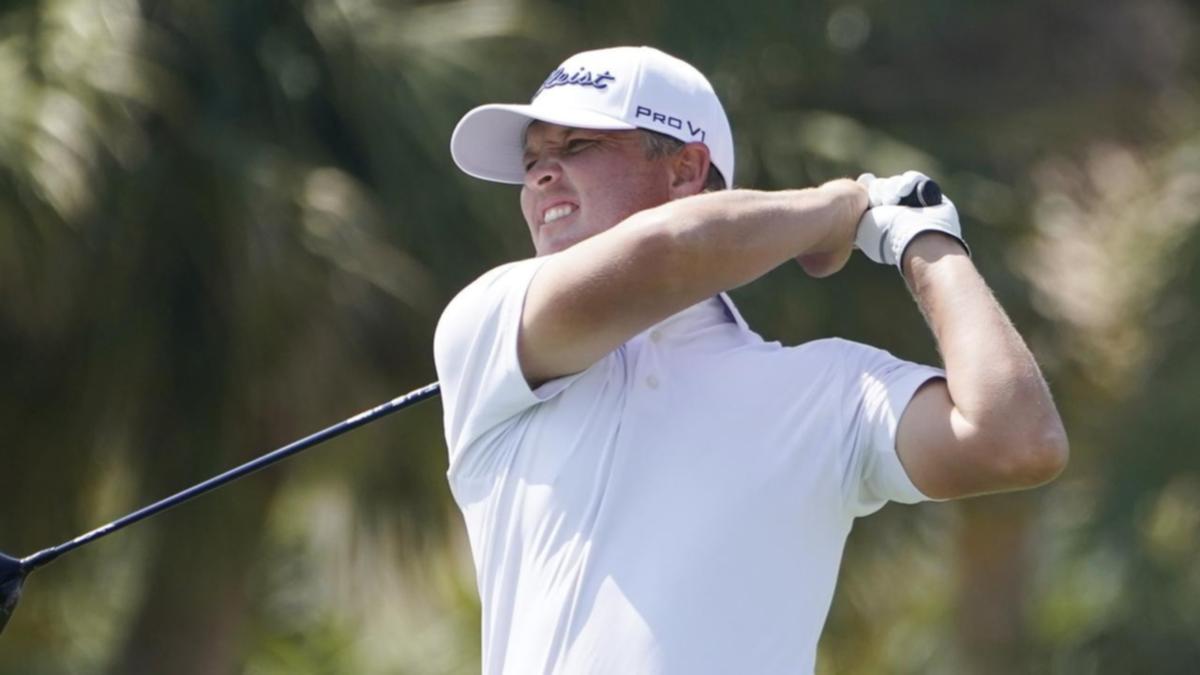 Matt Jones of Australia teed off before the wind really started blowing hard and used it to his advantage.

The 40-year-old Jones, playing in the second group in the morning wave, shot a bogey-free, 9-under-par 61 to tie the course record and take three-stroke lead over Aaron Wise and Russell Henley after one round of the Honda Classic on the Champion Course at PGA National Golf Club in Palm Beach Gardens, Fla.

“It was probably one of the better ball-striking days with my irons that I’ve had for a long, long time,” said Jones, whose only PGA Tour victory came in the 2014 Shell Houston Open. “You have to be able to control the ball. It was windy out there, and I turned with a good score, and then you know what you’ve got ahead of you here, and I was just lucky to make a few more birdies.

“I’m very happy with it. I was very calm and felt very relaxed out there. I’m normally a bit more amped up and I had a different goal this week, to be a little bit more calm and walk slower. I play golf for a living. I mean, I should be able to shoot a good score occasionally. It doesn’t happen as much as I want.”

Jones, who tied the record held by Mark Harman, birdied four straight holes through No. 5 after an opening par and added five birdies on the back nine, including three in a row to end his brilliant round.

Wise, from Lake Elsinore in Southern California, birdied the first three holes and sank a four-footer for another birdie on the last hole to cap his 64, which Henley equaled with four birdies on the front nine and a 42-foot eagle putt at No. 18.

“I felt like I played amazing today,” said Wise, whose only PGA Tour victory came in the 2018 AT&T Byron Nelson en route to being selected Rookie of the Year. “The first few holes were pretty easy because there was no wind, but once we made the turn and got to the back nine, it was playing incredibly hard.

“I knew my game was in a good place. I felt like I was playing well recently, especially the last two weeks.

“For Matt to shoot 9-under, that’s an amazing round.”

Joseph Bramlett of Saratoga and Stanford birdied four of the last five holes to shoot 66 and is tied for fourth with Kevin Chappell of Fresno and UCLA, who holed a 34-foot eagle putt from the fringe on the final hole to post, Scott Harrington, who finished with an 11-foot birdie putt at No. 9, Cameron Davis of Australia, who had four late birdies, and U.S. Ryder Cup captain Steve Stricker.

Bramlett, Davis and Stricker recorded the best rounds in the afternoon.

Reigning Open champion Shane Lowry of Ireland birdied four of six holes in the middle of his round on the way to a 67 and is in a tie for eighth with Cameron Tringale of Mission Viejo, Zach Johnson, C.T. Pan of Taiwan, Chase Seiffert and Will Gordon.

Defending champion Sungjae Im of South Korea birdied the last hole to cap a 68 and is tied for 15th.