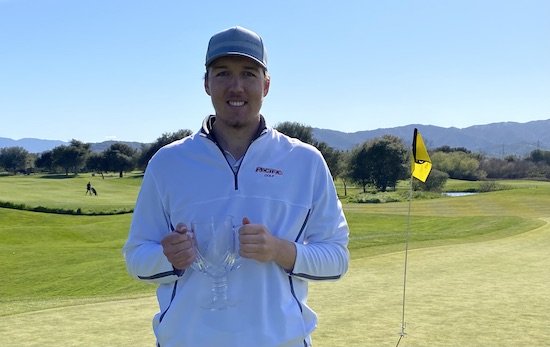 Beau Forest of Redding rallied in the final round to win the Amateur Golf.com Wine Country Cup by two strokes over Daniel Connolly of San Francisco and Matthew Hatter of Redding at StoneTree Golf Club in Novato.

“I’m really happy with a win,” said Forest, who took control by playing the 11th and 12th holes in birdie-eagle. “Those two holes and four steady pars through the rough stretch of 13 through 16 really relaxed me.”

“I just putted really well both days,” said O’Connor, who also captured the 2020 AGC Silicon Valley Amateur Championship. “These greens can be just slightly slanted the opposite of what you first think. And you’ve got to putt at die speed.”