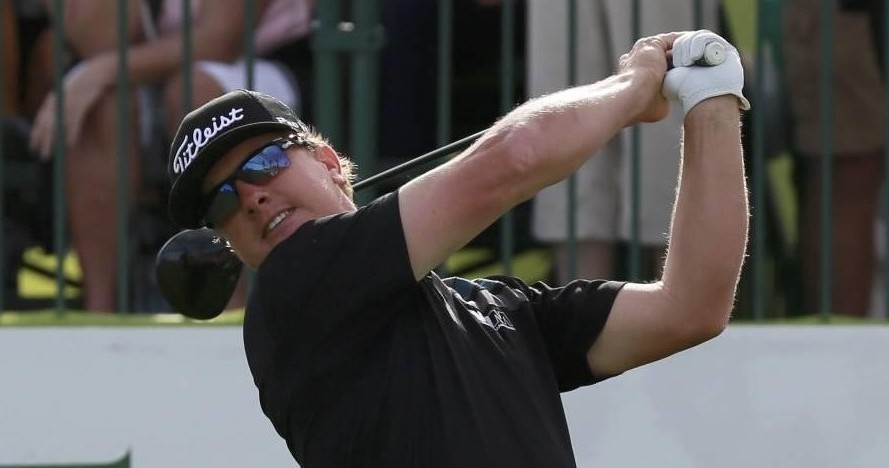 Charley Hoffman made a late commitment to the Arnold Palmer Invitational last week after missing the cut in the Valspar Championship and is making the most of the move.

Hoffman, from Poway and UNLV, made his only bogey on the first hole while carding a 6-under-par 66 to take a one-stroke lead over Emiliano Grillo of Argentina midway through the tournament at Bay Hill Resort and Club in Orlando, Fla.

“I missed the cut three of the four times I played here, but I came over this week to play a practice round and fell in love with the course all over again,” said Hoffman, who last played in Arnie’s event in 2013.

“I haven’t been putting well, but this week I stumbled onto something and starting making putts. My ball-striking has been very good and if I can put that combination together I will be in contention. It’s nice to be in the lead and I just have to keep it going.”

Grillo, the first-round leader at 67, holed out for eagles on the 12th and 16th holes in a 68, while Matthew Fitzpatrick of England birdied two of the last three holes for a 69 and was two shots back in solo third.

Lucas Glover, the 2009 U.S. Open champion, made three birdies on his first seven holes on his way to a 69 and was another stroke back in a tie for fourth with Kevin Kisner, who totaled 67, and Marc Leishman of Australia, who posted a bogey-free 66.

Francesco Molinari of Italy was bogey-free in a 68 and was four down in solo seventh, while Tony Finau shot 67 with five birdies on the back nine and was another shot back in a tie for eighth with Jeunghun Wang of South Korea, who holed a bunker shot for an eagle on the sixth hole while shooting 68.

Defending champion and second-ranked Jason Day of Australia sank a nine-foot eagle putt on the 16th hole and was seven behind in a tie for 13th that included Olympic gold medalist Justin Rose of England, who also eagled No. 16 from 21 feet while shooting 70.

Fourth-ranked Hideki Matsuyama of Japan was tied for 20th after a 69, third-ranked Rory McIlroy was tied for 46th following a 71 and fifth-ranked Henrik Stenson of Sweden totaled 75-74 — 149 to miss the cut by two strokes.