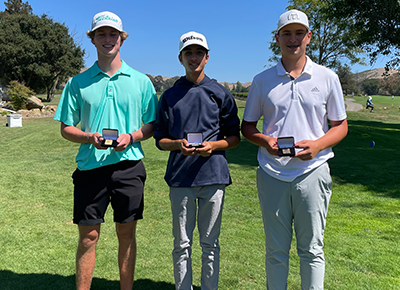 Will Hoff of Windsor defeated Kailer Stone of Alameda and Mario Stump of Benecia in a playoff to win the Junior Tour of Northern California Fall Series II Championship at Chardonnay Golf Club in Napa.

The JTNC is a branch of the Northern California Golf Association.

Also the winner of the 2022 AJGA Preview at Windsor, Hoff made a birdie on the 16th hole and three straight pars to finish and earn his spot in the playoff.

Asterisk Talley of Chowchilla claimed the 13th victory of her JTNC career by two strokes over Abigail Lin of Folsom in the Girls Division.