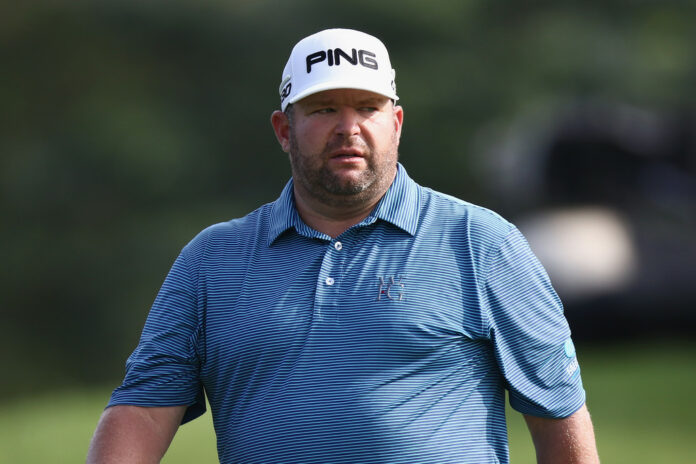 Jason Gore from Valencia has been hired by the PGA Tour as senior vice-president and player advisor to Commissioner Jay Monahan, apparently to help the organization deal with its battle against the controversial LIV Golf Tour led by Commissioner Greg Norman of Australia and controversially backed by Saudi Arabia.

The 48-year-old Gore, who played at Hart High in Newhasll and Pepperdine before joining the PGA Tour, most recently served as managing director for player relations for the United States Golf Association.

“We are thrilled to welcome (Gore) back to the Tour and know Jason’s work will have a profound impact on our efforts to continually serve our players and elevate our organization,” Monahan said. “The addition of his perspective and experience in conjunction with our team’s existing knowledge will contribute greatly to this next chapter of the Tour’s success.”

Gore’s role with the PGA Tour will be to serve as a player advocate and strengthen its relationship with its membership, and he will report directly to the Commissioner.

Monahan claimed that the appointment would enhance the PGA Tour’s ties with its players.

Rory McIlroy of Northern Ireland, a four-time major champion who last week captured the Tour Championship and the FedEx Cup, has been among the harshest critics of the LIV Golf breakaway and is a player director on the PGA Tour Policy Board.

“Jason can take ideas from players and maybe articulate them better to Jay and his executive team and the Board,” McIlroy said. “He’s a player advocate. He wants to do everything as well as possible to make the players as happy as possible, and it’s a good addition.

“We’re not looking for former players to run this. The players are players and management are management and they’re executives and they’re trained to run businesses. That’s not what we do. (But) I think Jason coming back into the fold, especially with everything that’s happening in the world of golf right now, I’m surprised the USGA let him go because he is so good.”

Gore, who helped Pepperdine capture the 1997 NCAA Championship and played on the victorious United States team in the Walker Cup that year, was 2005 Player of the Year on the Nationwide Tour (now the Korn Ferry Tour), and won a record seven times on that circuit between 2000 and 2010.

That came after Gore won 1996 Sahalee Players Championship, the California State Amateur in 1997 and 2004, the 1997 Pacific Coast Amateur, and teamed with Kevin Marsh to win the Straight Down Fall Classic at Pebble Beach Golf Links in 2008 and 2013.

Gore’s only victory on the PGA Tour came when he defeated Carlos Franco of Paraguay in the 2005 84 Lumber Classic at Mystic Rock Golf Club in Farmington, Pa.

The PGA Tour on Friday sent a letter to the players who have jumped to LIV Golf telling them that they will not be eligible to play in Tour events for the 2022-23 season.

In addition on Friday, an ad backed by family members of the more than 3,000 victims of the Sept. 11, 2001, terrorist attacks on the Twin Towers of World Trade Center in New York and the Pentagon in Arlington, Va., appeared on television ripping the players who have defected to LIV Golf because Saudi Arabia is considered to have been the primary leader in the suicide bombings.