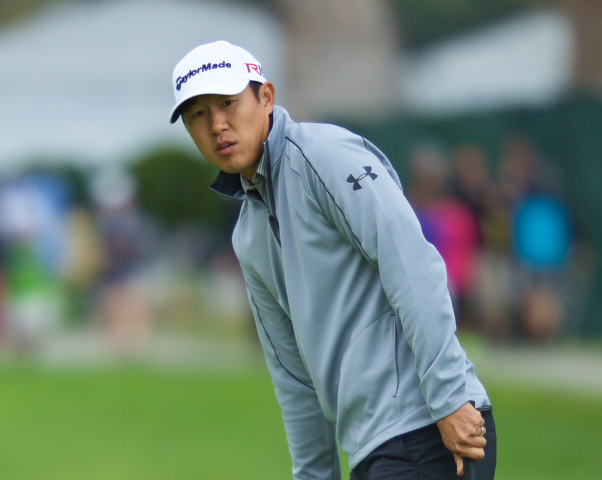 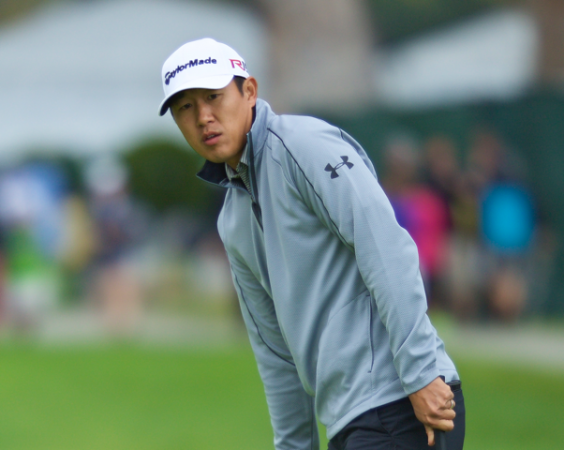 James Hahn sank a 25-foot birdie putt on the third playoff hole to beat Dustin Johnson and claim his first PGA Tour victory in the Northern Trust Open on a rainy day at Riviera Country Club in Pacific Palisades.

The 33-year-old Hahn, from Alameda and Cal, matched Johnson with a par and a birdie on the first two playoff holes, staying alive with a 12-foot putt on the second extra hole after Paul Casey of England bowed out with a par.

“This is amazing,” said Hahn, who won twice on the Canadian Tour and captured the 2012 Rex Hospital Open on the Web.com Tour. “It’s unbelievable. I never would have thought I would have won this tournament (against) so many good players–Dustin, Sergio Garcia, Jordan Spieth.

” … I told my caddie if I could get through the first playoff hole I had a chance, if I could get the nerves settled. I had that same putt (the winner) during regulation and felt good about it. I trusted it and it caught the left corner.”

Hahn, who was No. 297 in the World Golf Rankings, opened the tournament with a 5-under-par 66 and bounced back from a 74 by playing the weekend in 69-69, getting up-and-down for par from the greenside rough on the final hole of regulation on Sunday.

Johnson, playing for the third straight week after taking a six-month hiatus from golf to take care of personal issues, also closed with a 69, but made a bogey on the 17th hole and missed a nine-foot putt to win on the final hole of regulation.

Casey finished with a 68, sinking birdie putts of 31 feet on the 16th hole and six feet on the 17th, but needed three shots to reach the final green and missed a 19-foot putt for par that would have given him his second PGA Tour victory.

Garcia, seeking his first victory on the U.S. circuit since the 2012 Wyndham Championship, held a one-stroke lead before making bogeys on the last two holes to close out a 71 that left him one stroke back.

The Spaniard wound up in a tie for fourth with Spieth, who missed a six-foot par putt on the last hole to shoot 70, Keegan Bradley, who holed sank a 12-foot eagle putt on No. 17 en route to a 68, and Hideki Matsuyama of Japan, who birdied the last two holes to post a 67.

Retief Goosen of South Africa, who had at least a share of the lead after each of the first three rounds, shot 75 and wound up two strokes behind in a tie for eighth with Graham DeLaet of Canada (73), Kyle Reifers (67) and Sang-Moon Bae of South Korea (72).

Defending champion Bubba Watson finished with a 73 and tied for 14th.