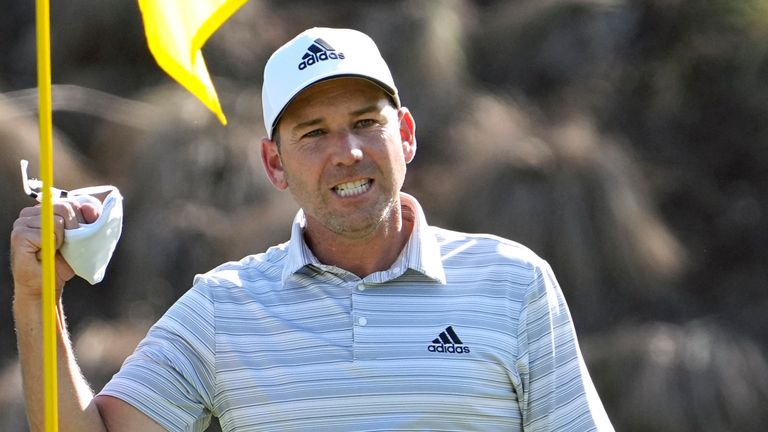 Sergio Garcia of Spain hit the shot of the week and Kevin Na pulled off the upset of the tournament in the WGC-Dell Technologies Match Play.

Garcia made a walk-off hole in one on the fourth playoff hole to defeat Lee Westwood of England and win Group 8, while Na sank a four-foot birdie putt on the 18th hole to beat top-ranked Dustin Johnson, 1 up, at Austin Country Club in Austin, Texas.

“I really don’t know what to say,” said No. 39 Garcia, whose shot hit slightly past the hole and spun back in. “Obviously, yeah, a hole in one is amazing. Lucky No. 13 for me. But you know, the two putts I made on Nos. 2 and 3, massive, to keep myself going.

“And then obviously the shot on 4, it’s a great shot, but then you get lucky that first of all it doesn’t hit the flag because it must have been very close to hitting the flag, and then it rolls back in.

“Obviously, I’m very happy about that. I’m sorry for Lee … but unfortunately one of us had to lose.”

No. 28 Na rallied to beat Johnson, who won the 2017 WGC-Match Play and has six WGC titles, by winning the last two holes with birdies. DJ was upset when Na gave him a talking to after Johnson picked up his ball on No. 11 before Na conceded the putt.

Johnson stalked off and did not speak with the media afterward.

In addition to Garcia vs. Westwood, there were eight other playoffs to determine which players moved on to the Round of 16:

For complete results and pairings for the Round of 16, visit https://www.pgatour.com/leaderboard.html