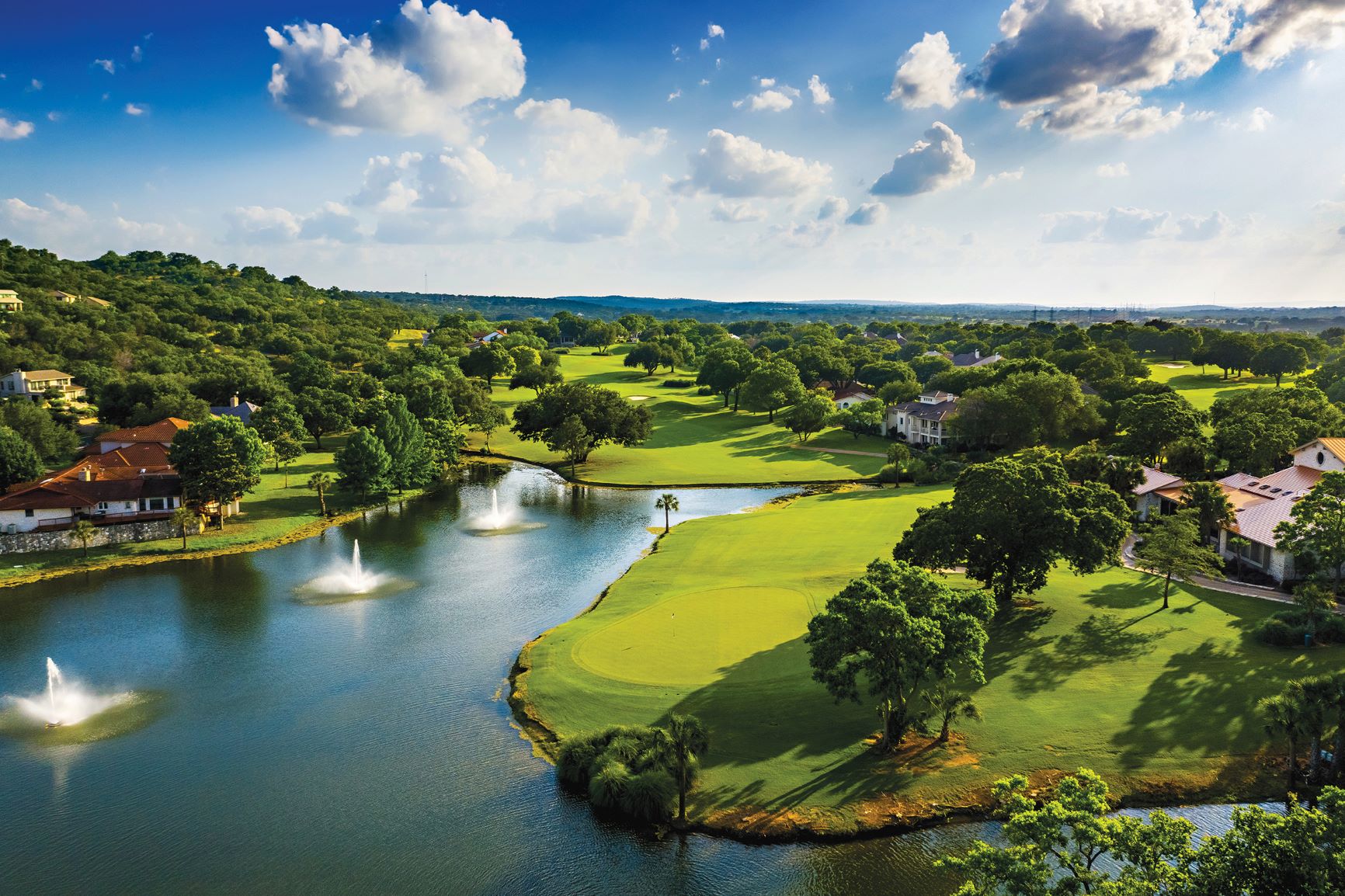 You must be a resort guest or a dues-paying member to play at the three Robert Trent Jones Sr. courses—Slick Rock, Ram Rock and Apple Rock, all three of which have been renovated over the past three years.

Summit Rock, the private Jack Nicklaus Signature course, is not open to resort guests but can be added to membership packages for an additional fee.

Here’s a detailed look at each course.

The first course developed at Horseshoe Bay (1972), Slick Rock was renovated in 2016, featuring the installation of 007 Bentgrass greens and new green collars, the reshaping of bunkers and an upgrade in the irrigation system. According to the course yardage book, “It set the standard for the future of golf in the Texas Hill Country and played an important role in reviving the Texas State Open in the 1970s.”

Though water comes into play on 12 holes, it is considered the most forgiving of the resort courses and most playable for high handicappers.

The signature hole is the 361-yard, par-4 14th, nicknamed the “Million Dollar Hole” because it features a 35-yard, rock-walled waterfall that makes it one of most photographed holes in Texas. 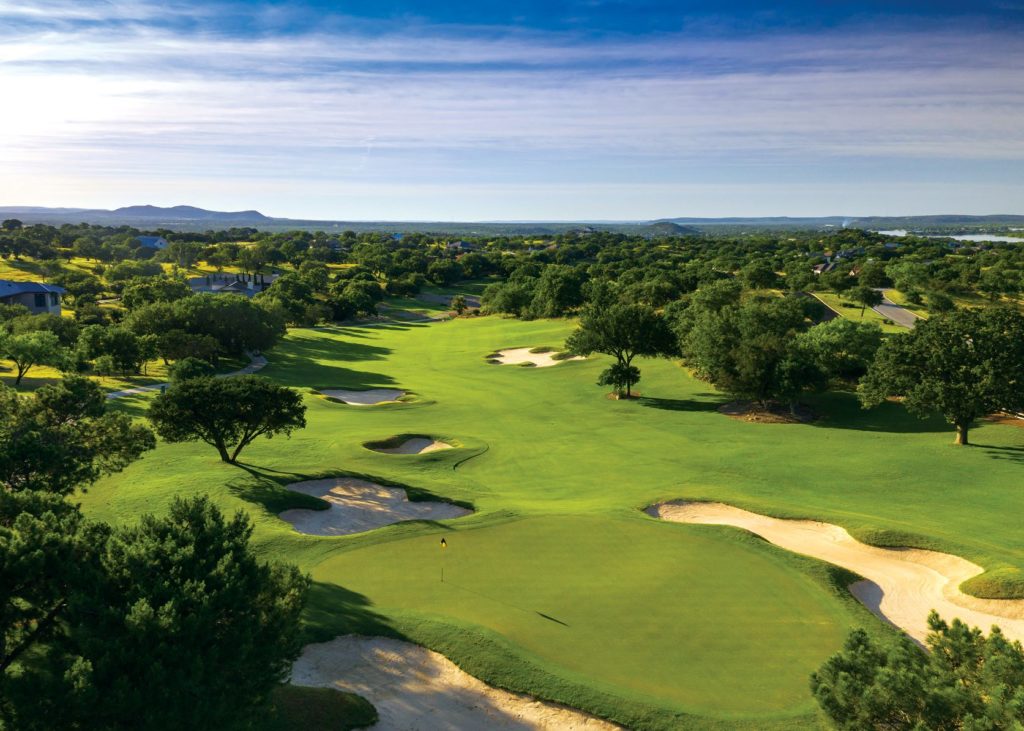 Established in 1981, Ram Rock has always been the most challenging of the three resort courses and has hosted the Texas State Open in addition to several USGA qualifying events and other high-profile tournaments. Golfweek ranked it among the “Top 15 Courses in the State.”

Water comes into play on 10 holes, including the signature 191-yard, par-3 4th which features an island green. The course was renovated to improve playability and reopened in May 2018 after the enlarging, re-contouring and re-grassing of the greens; the reshaping or elimination of some bunkers; and installation of an 18-hole concrete golf path.

With a number of water-filled “moats” and rocky ravines to traverse, it still forces highly skilled players to plot their way around the course. Patrick Reed, the 2018 Masters champion, hit the ceremonial drive to highlight the course re-opening celebration. 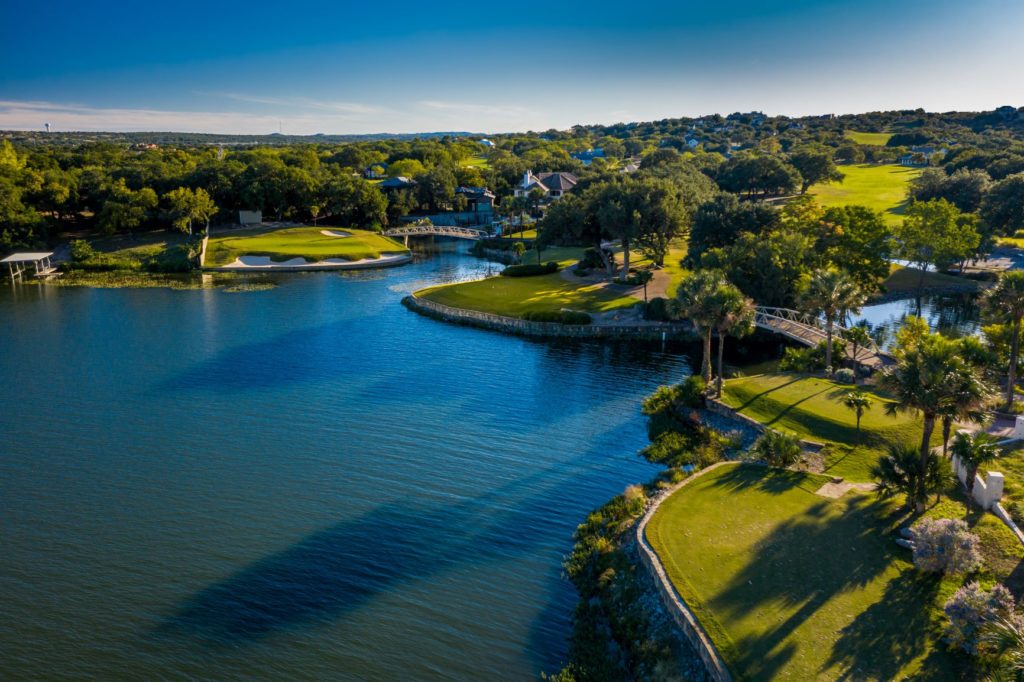 After its debut in 1985, Apple Rock was named the “Best New Resort Course in America” by Golf Digest, and it unquestionably showcases some of the most scenic and breathtaking holes in Texas. Robert Trent Jones Sr. took advantage of the highest land elevations at Horseshoe Bay to design the jaw-dropping 7th and 10th holes.

The 567-yard 10th is a dramatic downhill par-5, where the elevated tee box captures stunning views of the Hill Country and Lake LBJ, and you have to hit over the lake on the signature 179-yard, par-3 12th. If the nines were flopped, 10-11-12 would be the most-talked-about opening stretch in Texas.

Apple Rock was the last of three resort courses to reopen, in late July, after bunkers were reshaped, tee boxes were leveled, the irrigation system was improved and stone retaining walls bordering water hazards were constructed to enhance aesthetics.

“The feedback has been very positive,” said Ken Gorzycki, Horseshoe Bay’s Director of Agronomy. “We did the renovation one course at a time, and now we’re excited to have heat-tolerant 007 Bentgrass on all four courses.” 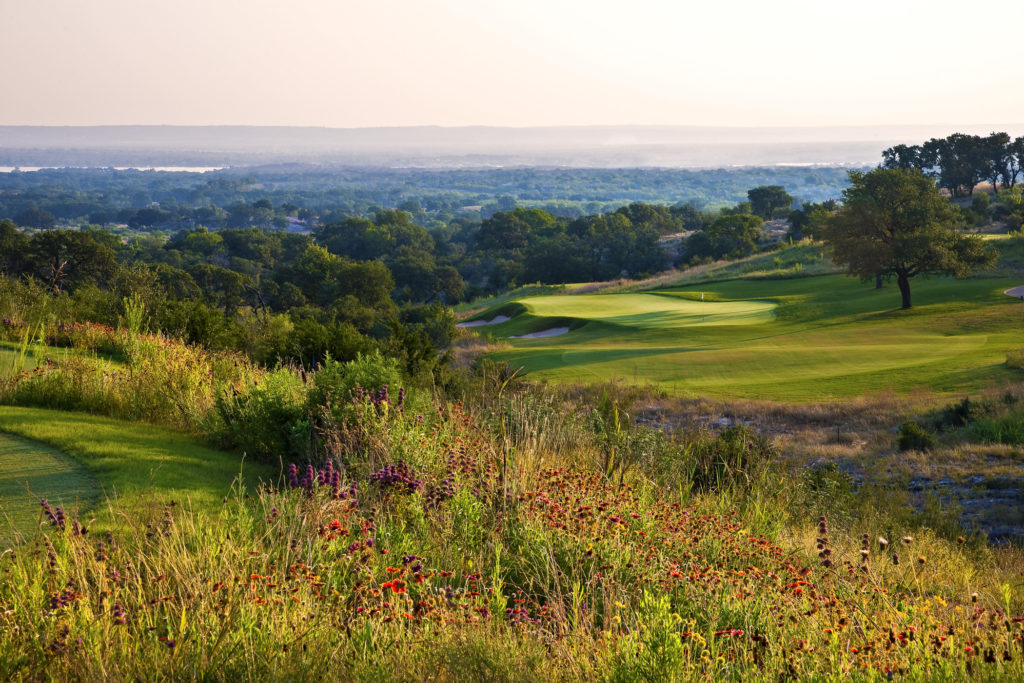 This ultra-exclusive private course designed by Nicklaus was named the “Best New Golf Course in the United States” by Golf Digest as soon as it opened in 2012, and in 2017 it was ranked No. 3 in Texas by Golfweek. It’s also entrenched on Golfweek’s list of “Top 100 Resort Courses in America.”

Summit Rock is known for its scenic views and dramatic elevation changes, with 30-mile views of the Texas Hill Country on several holes. Nicklaus was so proud of the design that he said every hole is a “signature” hole. Hyperbole, yes, but it’s hard to argue with that assessment after playing it.

Fun fact: During the course’s grand opening, Nicklaus, then 72, played holes 10 through 13 in birdie-birdie-par-birdie!

If Summit Rock were located in Orange County, it would command initiation fees of at least $200,000.

For more information on stay-and-play packages at Horseshoe Bay Resort, go to hsbresort.com/golf/golf-packages.