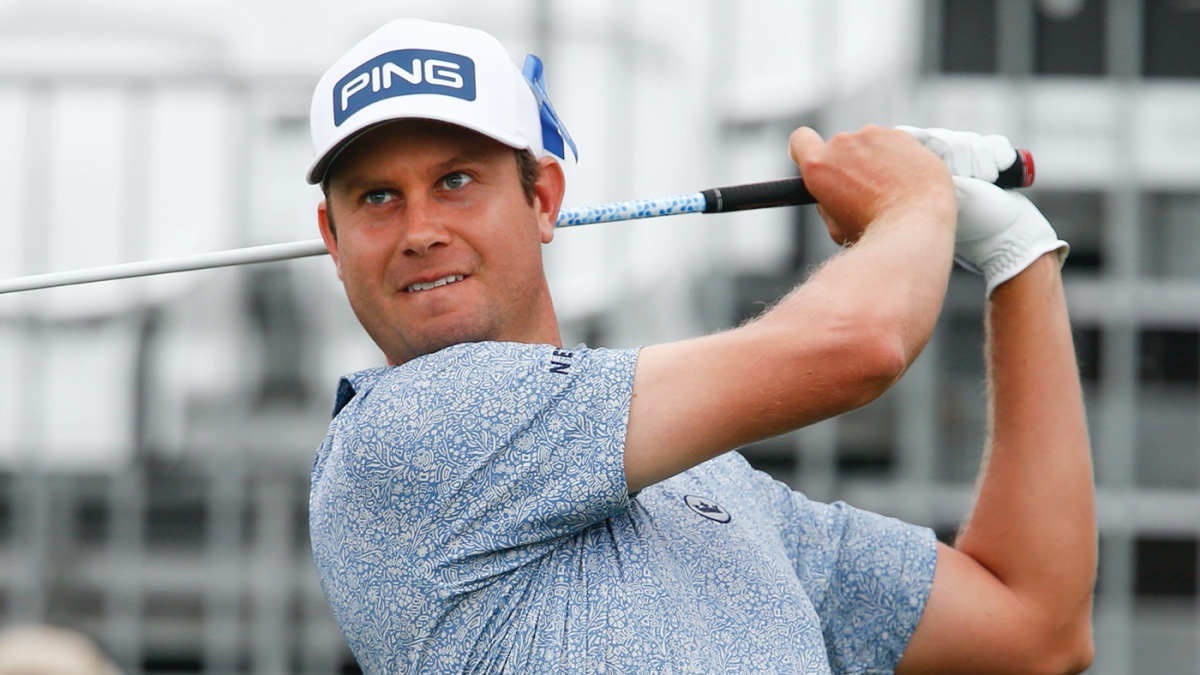 Harris English won the QBE Shootout with teammate Matt Kuchar in his last start, but this time he’s trying to do it on his own.

English (pictured) posted an 8-under-par 65 to tie for the lead with third-ranked Justin Thomas after the opening round of the Sentry Tournament of Champions, the first PGA Tour event of the year, on the Plantation Course at Kapalua Resort outside Lahaina, Maui, Hawaii.

“Really, everything was working,” said English, who has five top-10 finishes in his last nine starts. “This place yields a lot of birdies and my game was sharp. I hit a lot of fairways and my irons were sharp, so I had a lot of birdie chances.

“It was great to chip in for an eagle on the ninth hole and it gave me some good momentum heading to the back nine. I was sharp with my wedges, so I gave myself a lot of good chances and I made some putts.”

English, whose only individual PGA Tour victories came in the FedEx St. Jude Classic and the OHL Classic Mayakoba, both in 2013, holed out from 59 yards on No. 9 after making three birdies and his only bogey at No. 7, before adding four birdies coming home.

Defending champion Thomas collected five birdies on the front nine and tapped in for a closing bogey to complete his bogey-free 65.

“It was a good day,” said Thomas, who also won the Sentry TOC in 2018. “I didn’t do anything crazy, great or bad. There wasn’t any wind and the greens were soft, so you knew you could make a good score.

“It was a solid opening round and I made some putts when I needed them. I made a good par save at 13, which sometimes is just as good as a birdie. You need to have a good first round because it’s tough to play from behind here. There’s 54 holes left and I have to keep doing what I did today.”

Sergio Garcia of Spain, who won this tournament in 2002 but hasn’t played at Kapalua since 2006, bounced back from two early bogeys with by holing out from 53 yards for an eagle at No. 5 en route to a 67 and is tied for third with Robert Streb, Nick Taylor of Canada, Ryan Palmer, Sungjae Im of South Korea and 2015 TOC champion Patrick Reed.

Ninth-ranked Patrick Cantlay of Los Alamitos and UCLA sank a five-foot birdie putt on the last hole to cap a 68 and is tied for ninth with Adam Scott of Australia and Brendon Todd.

Fifth-ranked Bryson DeChambeau of Clovis totaled 69 and is in a tie for 12th that includes sixth-ranked Xander Schauffele of La Jolla and San Diego State, and seventh-ranked Collin Morikawa of La Canada Flintridge and Cal, the 2019 Sentry TOC champion.

Second-ranked Jon Rahm of Spain birdied three of the last four holes to complete a 70 and is in a tie for 22nd that includes eighth-ranked Webb Simpson, while top-ranked Dustin Johnson, who has won the Sentry TOC twice, is tied for 30th at 71.