English Leads Sentry TOC by 2 After 67 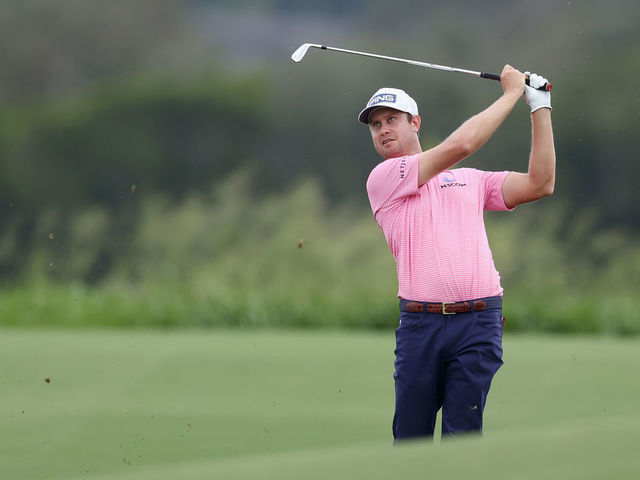 Harris English stayed ahead of all the players in the top 10 of the World Golf Rankings near the top of the leaderboard.

English, who shared the first-round lead, shot a bogey-free, 6-under-par 67 to take a two-stroke lead over third-ranked Justin Thomas, seventh-ranked Collin Morikawa, Daniel Berger and Ryan Palmer after two rounds of the Sentry Tournament of Champions on the Plantation Course at Kapalua Resort outside Lahaina, Maui, Hawaii.

“I felt like I played as well as yesterday (when he shot 65), but I just didn’t make as many putts,” said English, who has not made a bogey in his last 29 holes. “It was great playing in the last group with JT (Thomas), and I hit a lot of greens, which is big here.

“I just hope I can make a few more birdies on the weekend, because you know the scores are going to be low. I just have to stay out of my own way and hope to be in position to win going down the stretch on Sunday. That’s all you can ask for.”

English, whose only two individual titles on the PGA Tour came in 2013, collected three birdies on each nine, including a 10-foot birdie putt on the last hole that left him at 14-under 132.

“I played as well as yesterday, but I finally made some putts,” said Morikawa, who won the PGA Championship in August at TPC Harding Park in San Francisco. “I’ve just got to keep it up the next couple days and give myself a chance to win on Sunday.

“It’s all a process and I just want make some more putts to keep moving up.”

Sixth-ranked Xander Schauffele of La Jolla and San Diego State, the 2019 Sentry TOC champion, sank an incredible 81-foot eagle putt on the 18th hole to finish at 66 and is three shots back in a tie for sixth with Brendon Todd, who had a bogey-free 67, Sungjae Im of South Korea, who wound up at 68, and 2015 Sentry TOC winner Patrick Reed, who also totaled 68.

Top-ranked Dustin Johnson, who has won the Sentry TOC twice, bounced back from a 71 with a bogey-free 65 and is four back in a tie for 10th with second-ranked Jon Rahm of Spain (66), fifth-ranked Bryson DeChambeau of Clovis (67), ninth-ranked Patrick Cantlay of Los Alamitos and UCLA (68), Scottie Scheffler (66), Joaquin Niemann of Chile (67) and Carlos Ortiz of Mexico (67).

Eighth-ranked Webb Simpson shot 67 and is tied for 17th.