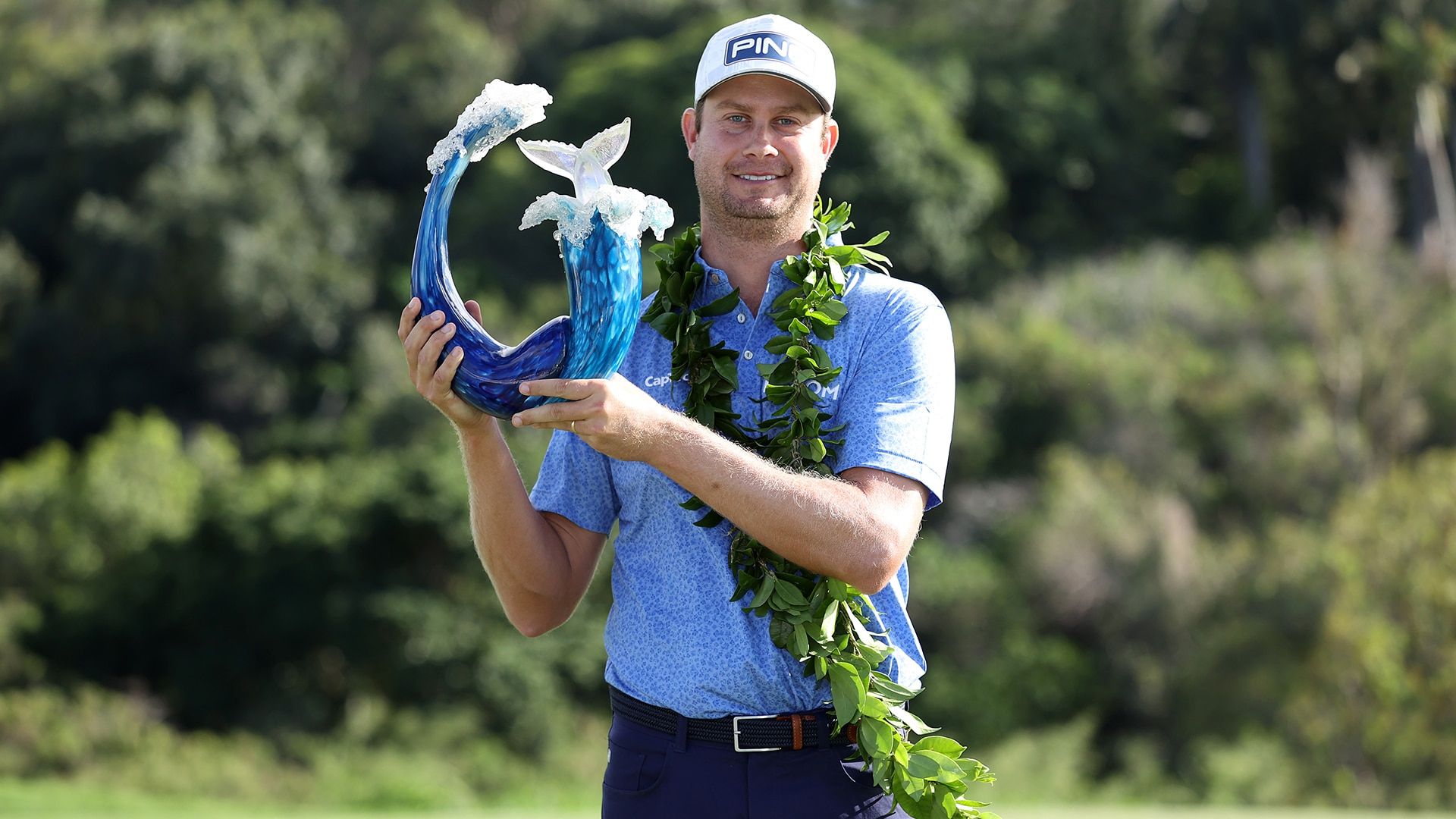 Harris English was at least tied for the lead after each round of the Sentry Tournament of Champions, but his victory wasn’t all that easy.

The 31-year-old English came from two strokes behind on the back nine in the final round, making a birdie on the final hole of regulation and then sinking a six-foot birdie putt on the first hole of a playoff to defeat Joaquin Niemann of Chile on the Plantation Course at Kapalua Resort outside Lahaina, Maui, Hawaii.

“It’s incredible,” said English, who claimed his first individual victory on the PGA Tour since winning twice in 2013. “A lot of hard work over the years and you never think you’re going to win again. I played great this week and just got it done.

“It’s been awesome and I’ve definitely had some highs and lows over the years. This definitely makes it satisfying and so much sweeter. It’s a huge monkey off my back and gives me two-plus years of job security after playing year-to-year out here.

“It was nice to get that validation again today.”

English, who has had eight top-10 finishes in his last 10 starts, missed a 10-foot eagle putt for victory on the final hole of regulation, but made his birdie from about the same distance to shoot 4-under-par 69 and finish even with Niemann at 25-under 267.

Niemann, 22, who won the 2019 Military Tribune at the Greenbrier, birdied six of the first nine holes en route to a what was the low score of the day, but missed a six-foot eagle putt on the final hole of regulation and could manage only a par after missing the green with his approach shot on the playoff hole.

“It’s not every day you get a chance to win, but I gave myself an opportunity and just didn’t do it,” said Niemann, who came from five strokes back in the final round. “I played one of my best rounds and it was close, but I just got beat.

“If you would have told me at the beginning of the day that I would be in a playoff, I would have taken it. I played great and was in a good position, and it was a pretty good week.”

Third-ranked and defending champion Justin Thomas could have been in the playoff but he missed an eight-foot par putt at No. 17 and was one shot back in solo third after a 66, and Ryan Palmer birdied four of the last five holes for a 71 and was one more down in fourth.

Sixth-ranked Xander Schauffele of La Jolla and San Diego State, who won this tournament in 2018 and lost in a playoff to Thomas last year, sank a seven-foot eagle putt on the last hole to shoot 66 and was four behind in a tie for fifth with Sungjae Im of South Korea, who birdied the last three holes for a 69.

Fifth-ranked Bryson DeChambeau of Clovis made a six-footer for eagle on the last hole to cap a bogey-free 66 and wound up five back in a tie for seventh with second-ranked Jon Rahm of Spain, who had a 67, and seventh-ranked Collin Morikawa, the PGA champion from La Canada Flintridge and Cal, who finished at 73, while Daniel Berger was one more down in 10th following a 72.

Top-ranked Dustin Johnson, a two-time Sentry TOC champion, made six birdies on the front nine but could manage only a 69 to tie for 11th, while ninth-ranked Patrick Cantlay of Los Alamitos and UCLA tied for 13th after a 72, and eighth-ranked Webb Simpson closed with a 70 to tie for 17th.