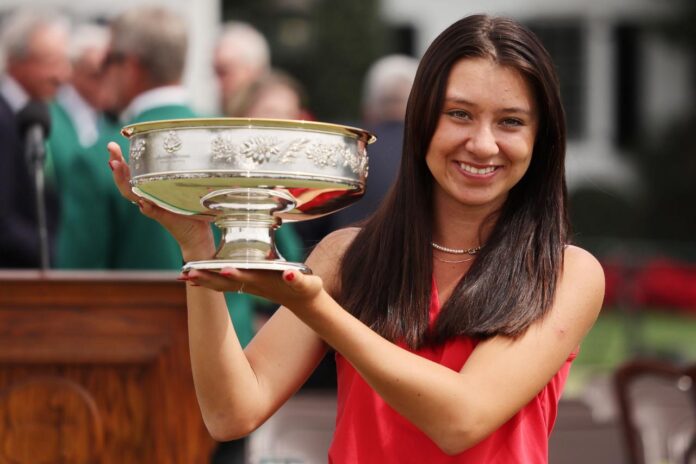 Anna Davis of San Diego was one of the youngest players in the field at the Augusta National Women’s Amateur, but she wound up on top.

Davis, a 16-year-old sophomore at Steele Canyon High School, claimed a one-stroke victory over Ingrid Lindblad of Sweden and Latanna Stone of River View, Fla., in the third annual event at Augusta National Golf Club in Augusta, Ga., site of the Masters this coming week.

“I don’t think I’ve ever played in front of that many people. I wasn’t as nervous. I knew I was an underdog in the field. I didn’t have as much pressure on me to do extremely well. I was just out there having fun.”

Stone birdied the 16th hole to take a two-shot lead, but made a  double-bogey 6 on the 17th hole and a bogey on the last when she chipped past the hole and missed her 15-foot putt for par that would have forced a playoff with Davis.

“I kind of knew where I stood on 17, and I was just thinking, ‘Par out,’” Stone said. “I just didn’t have the right club and left myself with a difficult up-and-down on the last hole. I was trying to be aggressive and just kind of lost it. I thought I could get it back on 18, but I had a lot going on in my head with where I was at.”