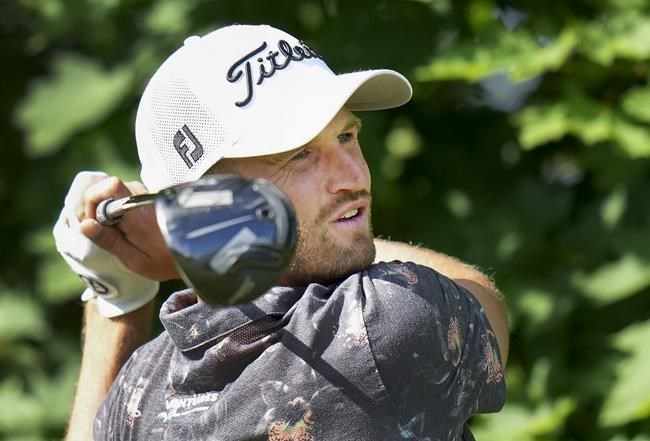 Wyndham Clark had an up-and-down day, but when it was over he still was atop the leaderboard.

The tournament, which was won by McIlroy in 2019, was not played the last two years because of the Coronavirus pandemic.

“A couple times my body shut down and I hit a couple left shots,” said Clark, who has never won on the PGA Tour and lost to Brian Gay in a playoff at the 2020 Bermuda Championship. “(But) I felt really good. I didn’t feel terrible with my ball striking. I just, it was a little tougher, the wind was sporadic and if you missed some fairways it’s hard to hit the greens.

“I have a great short game and I’m a good putter, so if I miss greens, I don’t freak out too much. Going forward on the weekend, I would like to hit some more greens. So I’m not too concerned. I think I’m going to hit it great tomorrow.”

Clark, who opened the tournament a brilliant, bogey-free 63,  finished with two pars after making his only three bogeys in a span of five holes through No. 16 and recorded 36-hole score of 7-under 133.

McIlroy followed his opening 66 with a 68, making two birdies on the last four holes, while Fitzpatrick made a double-bogey at No. 14 and finished his 70 with three straight bogeys, Smalley capped his 67 by holing out for eagle from 70 yards at No. 9, Knous had a second 67 and Mitchell also shot 67 for the second straight day.

“I wanted to come back (to defend his title), and it’s a shame it’s been three years,” said McIlroy, who has won 20 times on the PGA Tour. I had a great time last time, the fans are great to me, and can’t wait to play in that same atmosphere again this weekend. The course played tougher today, it was a little breezier, and it was hard to get the ball close to the hole.

“I think the only thing this golf course needs for it to feel a little more major-like is just a bit of length. I think that’s the only thing that’s missing. The rough is very penal, the greens are tricky, the wind’s up and it’s drying out a little bit because of the wind. All of a sudden you’ve got a pretty testing golf course.”

Said Fitzpatrick, who held the lead for much of the day by making five birdies on the first 11 holes: “It was just a poor finish. I just didn’t hole the putts I needed to on the last three holes. Just pathetic. Yeah, just a pathetic finish, really with the putter.”

Austin Cook carded the low round of the day with a bogey-free 64 and was two shots back in solo seventh, while top-ranked Scottie Scheffler birdied his last hole for a 67 and is one more down in a big tie for eighth with ninth-ranked Sam Burns (69), Matt Wallace (66), Patrick Rodgers of Stanford (69), Charley Hoffman of Poway (68), Shane Lowry of Ireland (66), Lee Hodges (70) and Doug Ghim (71).

Six-ranked Justin Thomas, the PGA champion, is tied for 21st after a second straight 69, while fourth-ranked Cameron Smith of Australia bounced back from an opening 76 with a 65 that included a hole-out eagle from 78 yards on the fifth hole and is tied for 56th.