Casey posts 65, up 2 in Tour Championship 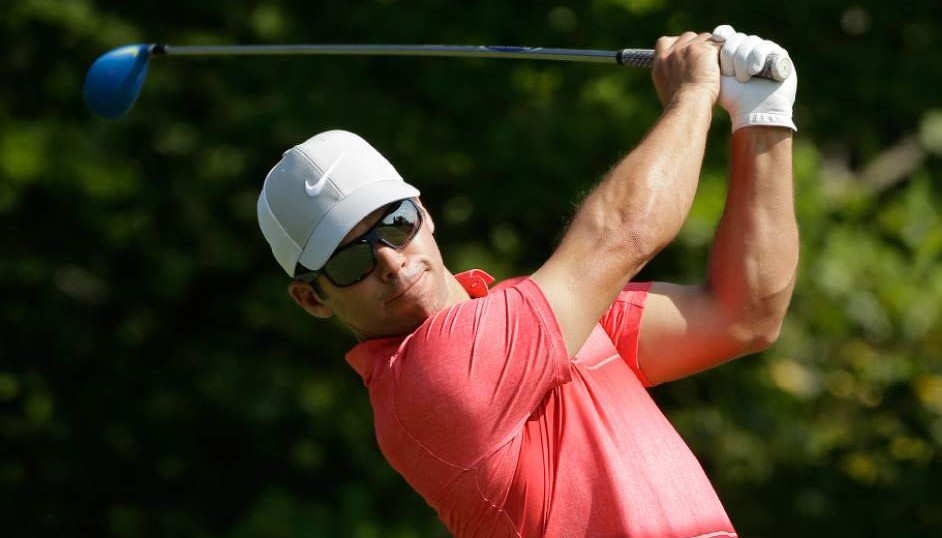 It’s hard to believe Paul Casey’s only victory on the PGA Tour came in the 2009 Shell Houston Open.

The Englishman shot 5-under-par 65 to take a two-stroke lead over Xander Schauffele of San Diego and Kevin Kisner after three rounds of the Tour Championship at East Lake Golf Club in Atlanta.

“It would be amazing (two take home both trophies),” said the 40-year-old Casey, who has 17 victories around the world in his career. “For me, the most important thing is to try to win the Tour Championship. I was told some of the scenarios, and I said, ‘It’s all irrelevant if I don’t get the job done.’

“I just have to keep up what I have been doing all week.”

Casey, who started the week 10th in the point standings and could win the FedExCup with a victory depending on where those ahead of him finish in the finale, holed an 11-foot eagle putt on the sixth hole on his way to a 54-hole total of 12-under 198.

Schauffele, a 23-year-old rookie out of San Diego State who claimed his first PGA Tour victory in the Greenbrier Classic in July, holed a 22-foot eagle putt at No. 6 en route to a 65, while Kisner collected seven birdies in a 64.

Justin Thomas, second in the point standings, salvaged a 70 with two birdies on the last three holes and is five shots behind in a tie for fourth with U.S. Open champion Brooks Koepka, who had a 68, and Patrick Reed, who finished at 69.

Jon Rahm of Spain, fifth in the points, shot 70 and is one more back in a tie for seventh with Jason Day of Australia, who totaled 68 despite a double-bogey 6 on the 16th hole.

Justin Rose of England carded a 71 and is seven down in a tie for ninth with Russell Henley, who wound up at 67, Gary Woodland, who had at 71, and Webb Simpson, who came in at 72.

Top-ranked Dustin Johnson and 2013 FedExCup champion Jordan Spieth, who leads the point standings, both shot 69 and are eight strokes behind in a tie for 13th.