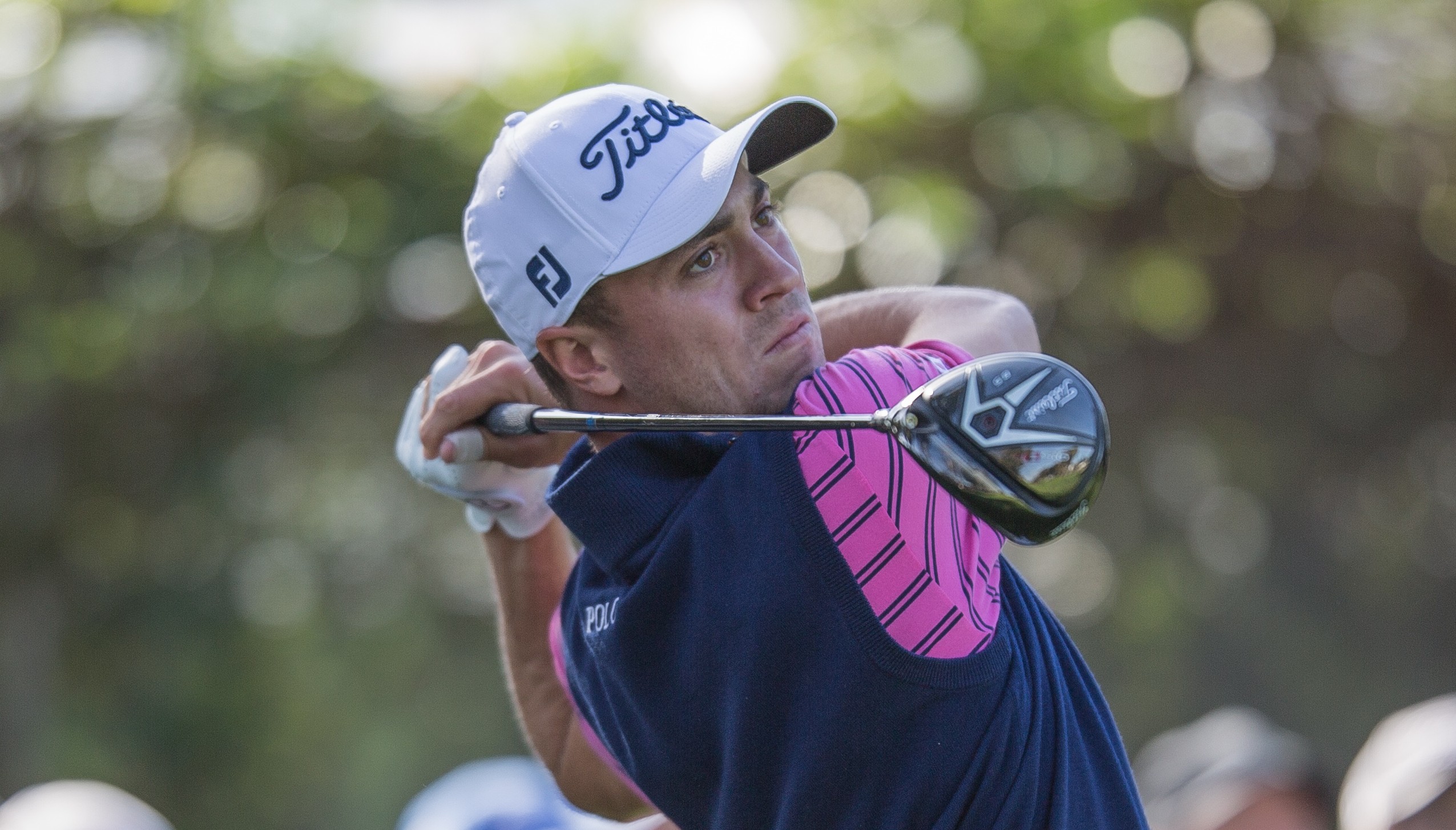 Justin Thomas couldn’t make a birdie, but then an eagle landed.

Thomas, who is second in the point standings and will claim the FedExCup with a victory, sank a six-foot eagle putt to cap a 4-under-par 66 and tie Webb Simpson and Paul Casey of England for the lead midway through the Tour Championship at East Lake Golf Club in Atlanta.

“I was hitting some good putts for birdie, but they wouldn’t go in, were just burning the edges, so it was nice to finish with an eagle,” said Thomas, who captured the PGA Championship last month for first major title and fifth victory of the season. “I was in between clubs (on the approach shot at No. 18) from 235 yards, so I just stepped on a 5-iron and crushed it.

“It was nice to finish like that with an eagle and tie for the lead, but I’m just trying to win the Tour Championship this week. If I do win it, the FedExCup just comes along with it.”

Thomas finished at 7-under 133 to pull even with Simpson, who had a three-stroke lead early on the back nine, and Casey, who has finished in the top five in all three of his appearances at East Lake.

Simpson played his first 12 holes in a flawless 5-under before making a double-bogey 6 on No. 13 en route to a 67, while Casey birdied four of the first 10 holes on the way to his own 67.

Patrick Reed carded a 65 that was low round of the day and is one stroke back in a tie for fourth with Justin Rose of England, who had a 66, plus Jon Rahm of Spain and Gary Woodland, who both finished at 67.

Xander Schauffele of La Jolla and San Diego State posted a 66 and is another shot behind in a tie for eighth with Jason Dufner, who wound up at 67, and U.S. Open champion Brooks Koepka, who came in at 69.

Top-ranked Dustin Johnson also shot 69 and is four down in a tie for 15th that includes 2015 FedExCup champion Jordan Spieth, the points leader, who birdied the last hole to salvage a 70, and first-round leader Kyle Stanley, who struggled to a 73.