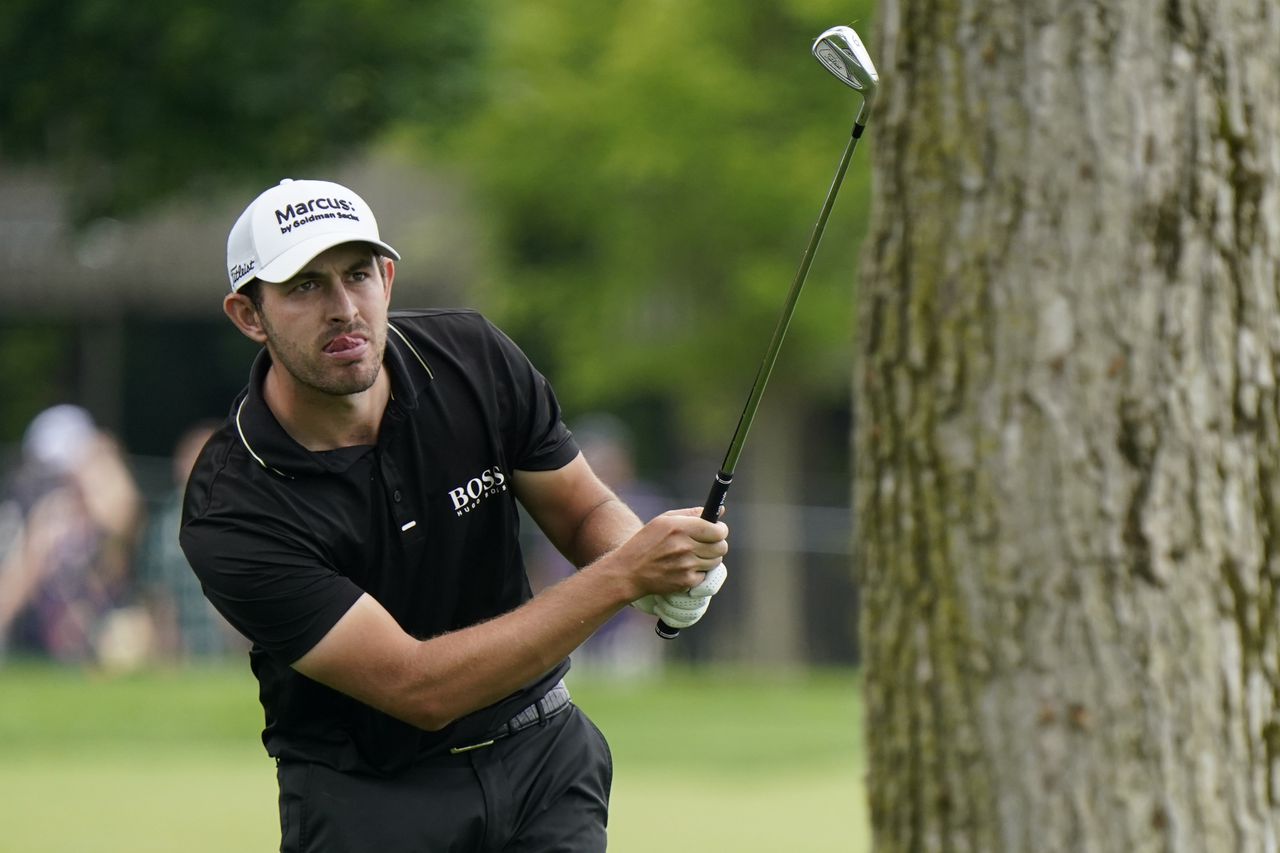 Patrick Cantlay claimed one of his three PGA Tour victories in The Memorial Tournament and is looking to do it again.

The 29-year-old Cantlay (pictured) carded a 5-under-par 67 and was tied for the lead with defending champion and third-ranked Jon Rahm of Spain when play was halted by darkness on Friday evening in The Memorial Tournament at Muirfield Golf Club in Dublin, Ohio.

Tournament officials are playing catch-up after much of the first round was wiped out on Thursday because of thunderstorms.

“We were out there for such a long time today that you could fall asleep at the wheel a little bit,” said Cantlay, who captured the 2019 Memorial, and played 33 holes on this day. “So being cognizant of that and checking in with yourself, are you as focused as you can be? I think is the key.

“I played the back nine better today and made some nice putts on the last few holes, which is always great to see. I feel comfortable on this course and it helps that I have played well here in the past.

“It’s going to get more difficult on the weekend and the greens should be quicker after all the rain we had earlier in the week. But I have to just keep playing smart shots and keep the ball below the hole.”

Cantlay, from Los Alamitos and UCLA, birdied his last three holes while finishing on the front nine after also making three birdies and his only bogey at No. 12 on the back to post a 36-hole score of 8-under 136.

Rahm, who won The Memorial by three shots over Ryan Palmer last year, made four birdies in a row through No. 7 and added two more on the back nine plus his only bogey at No. 10, and was 5-under for the day when darkness halted play after he tapped in for a birdie on the 13th hole.

There were 47 players still on the course when the end came, and they will return on Saturday morning to finish round two before the cut is made and the third round begins.

With no more inclement weather in the forecast for the next two days, tournament officials believe they will get back on track and finish the third round on Saturday, before heading to the final round on Sunday.

Scottie Scheffler sank a nine-foot birdie putt at No. 9 while finishing a 71 and was two shots back in solo third, while Carlos Ortiz of Mexico shot 68 with three late birdies and was three down in a tie for fourth with fifth-ranked Xander Schauffele of La Jolla and San Diego State, who was 1-under for the day after 12 holes, Max Homa of Valencia and Cal, who was 2-under through 14, and Rickie Fowler of Murrieta, who was 2-under after 11.

Second-ranked Justin Thomas was 1-over for the day after 13 and in a tie for 21st, while fourth-ranked Bryson DeChambeau of Clovis totaled 72 and was in a tie for 34th that included ninth-ranked Patrick Reed, who was even-par after 14 holes, and eighth-ranked Rory McIroy was tied for 43rd after a second straight 72.