Burns Leads Genesis Invitational by 2 at 64 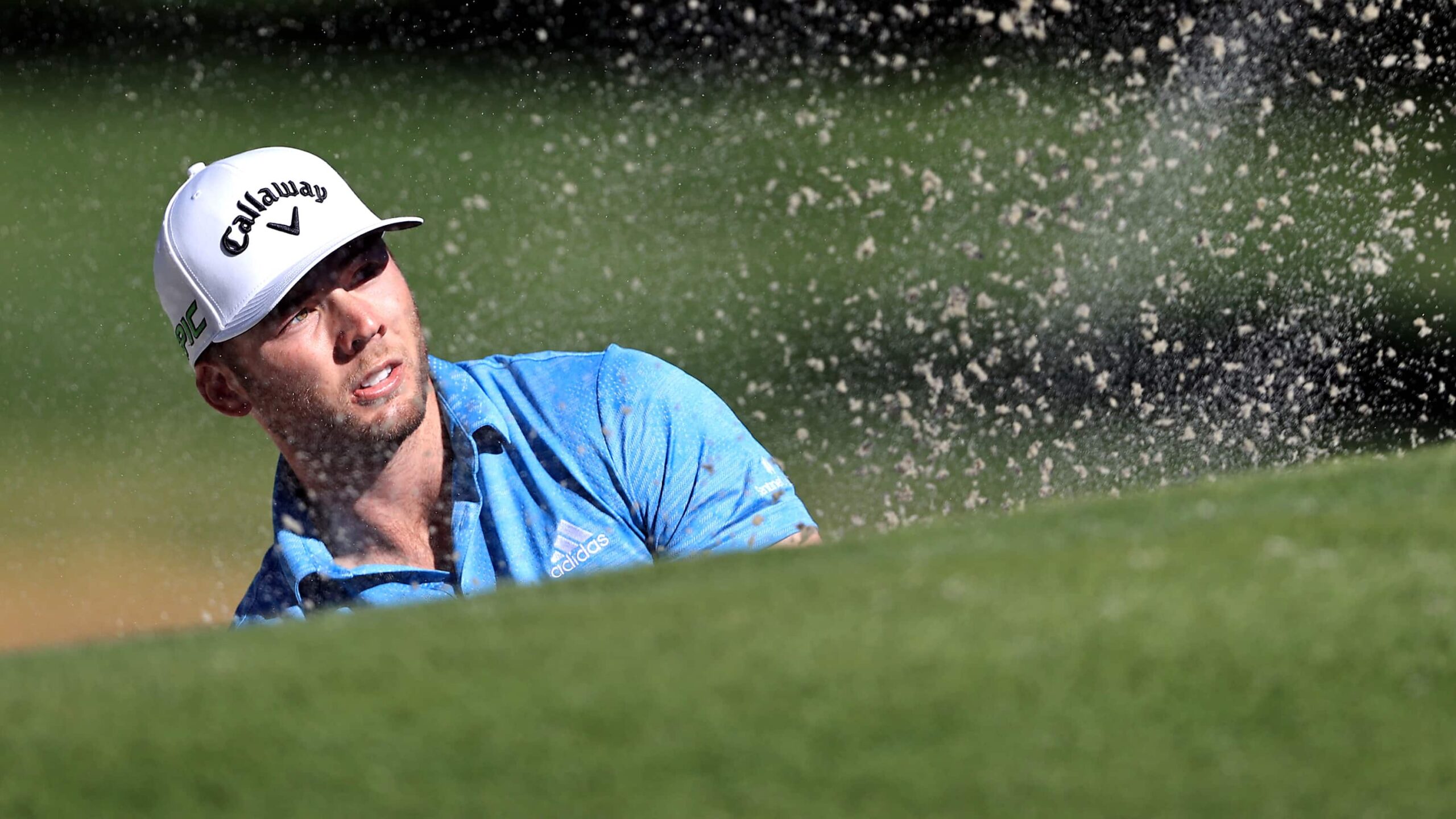 Unheralded Sam Burns outplayed a field that includes eight players from the top 10 of the World Golf Rankings in the first round of the Genesis Invitational.

The 24-year-old Burns, who has never won on the PGA Tour, shot 7-under-par 64 to take a two-stroke lead over Matthew Fitzpatrick of England and Max Homa of Valencia and Cal in the Los Angeles-area event at Riviera Country Club in Pacific Palisades.

Burns eagled the first hole and then birdied the last three holes.

“It’s golf, man,” said Burns, who bounced back from a 73 in the final round to tie for 39th last week at Pebble Beach. “It will eat at you if you let it. I think just forgetting the bad ones and learn as much as you can. I think we just hope to keep putting ourselves in that position. Every time you play, it’s a learning experience.

“I was fortunate to make that eagle on the first hole and get off to a great start, and to birdie the last three felt nice. We got hit by the wind in the middle of the round and just held on, knowing there were going to be some chances coming down the stretch and I was able to convert on the last three holes.”

Burns, whose only pro victory came in the 2018 Savannah Golf Championship on the Korn Ferry Tour, sank a 19-foot eagle putt on the first hole and his birdies at the finish offset his two bogeys.

Fitzpatrick, who has won six times on the European Tour but still is winless on the PGA Tour, holed a 25-foot eagle putt on the first hole in his 66, which Homa matched by making a 20-foot putt for his sixth birdie while finishing at No. 9.

“It was a good day overall,” said Fitzpatrick, who sank a 43-foot birdie putt at No. 14. “I felt like I played probably better than my tee-to-green stats would suggest. My swing actually felt pretty good.

“There’s a couple loose ones in there, try to fix that (on the practice tee) this afternoon, but on the whole it’s a great start, and I couldn’t ask for any better.”

Eighth-ranked Patrick Cantlay of Los Alamitos and UCLA made six birdies in a 67 and is in a big tie for fourth with Joaquin Niemann of Chile, Scottie Scheffler, Wyndham Clark, Matt Jones of Australia, Tyler McCumber, Jason Kokrak and Alex Noren of Sweden.

Top-ranked Dustin Johnson is tied for 12th at 68, while defending champion Adam Scott shot 69 and is tied for 19th, second-ranked Jon Rahm of Spain totaled 70 and is in a tie for 33rd, and fourth-ranked Xander Schauffele of La Jolla and San Diego State is tied for 47th at 71.

Sixth-ranked Collin Morikawa of La Canada Flintridge and Cal posted a 73 and is in a tie for 87th that includes seventh-ranked Rory McIlroy of Northern Ireland, while 10th-ranked Bryson DeChambeau of Clovis is tied for 107th at 75, and third-ranked Justin Thomas struggled to a 77 and is tied for 117th.

Thomas beat only two players in the 120-man field.