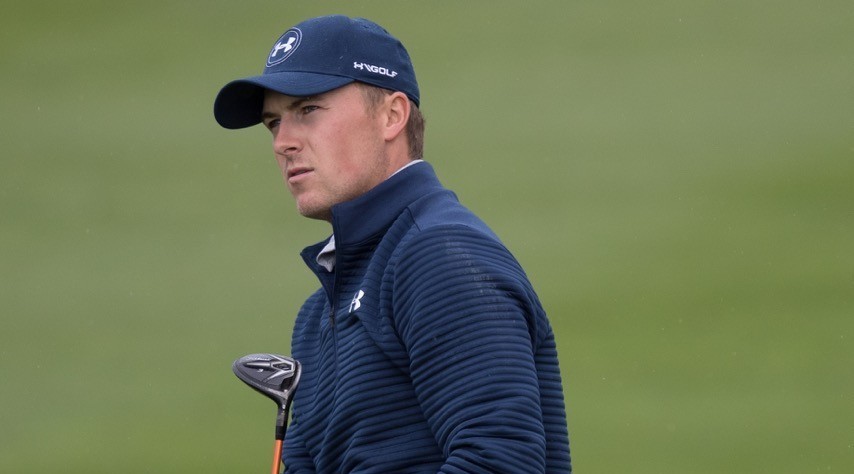 Jordan Spieth wasn’t as spectacular as the weather at Pebble Beach in the final round, but was as steady as the rocks along the shore of Stillwater Cove.

The 23-year-old Spieth closed with a bogey-free 2-under-par 70 to win the AT&T Pebble Beach Pro-Am by four strokes over Kelly Kraft for the ninth victory of his PGA Tour, joining Tiger Woods as the only players to achieve that feat before the age of 24.

“Man, it’s great to win at Pebble Beach,” said Spieth, who sank a 29-foot birdie putt on the 17th hole for only his second birdie of the day to virtually wrap up the title. “It was a beautiful weekend after the horrid (weather on the) first few days. It was a beautiful setting for the finish.

“I finally got one to go at (No. 17). The game plan was to keep playing boring golf. I hate that, but it’s what was needed today. I didn’t make any mistakes and was able to kind of stay head.”

Kraft, who shaved Spieth’s six-stroke lead to three at one stage, posted the best finish of his PGA Tour career, but ran out of steam after carding five birdies on the front nine en route to a 67.

“This is great; it’s such an awesome place,” said Kraft, the 2011 U.S. Amateur champion whose only pro victory came in the 2015 Chitimacha Louisiana Open. “My game clicked for all four rounds and what a place to do it.”

Dustin Johnson, who won at Pebble Beach in 2009 and 2010, finished five shots back in third with a 68, while Brandt Snedeker, who captured the tournament in 2013 and 2015, was another stroke behind in fourth after a 70.

Top-ranked Jason Day of Australia chipped in for an eagle from 63 feet on the 14th hole on his way to a 67 and wound up seven back in a tie for fifth with rookie sensation Jon Rahm of Spain, who had a 68, and Gary Woodland, who collected 10 birdies in a 65.

Seung-Yul Noh of South Korea totaled 70 and was 10 shots down in a tie for eighth with Rob Oppenheim, who came in at 72.

Olympic gold medalist Justin Rose of England tied for 39th after a 73, while Phil Mickelson, a four-time winner at Pebble Beach, struggled to a 77 and was 65th, or last among the players who made the 54-hole cut.