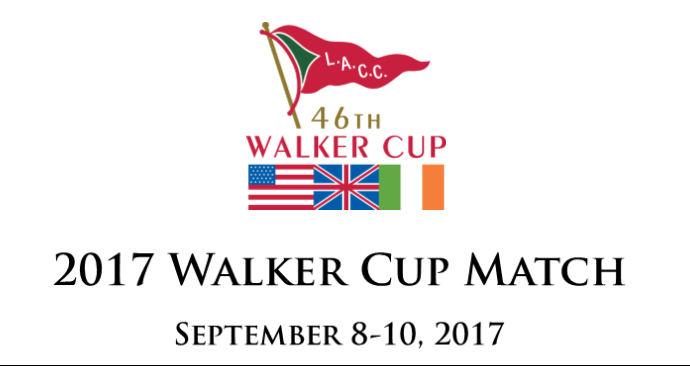 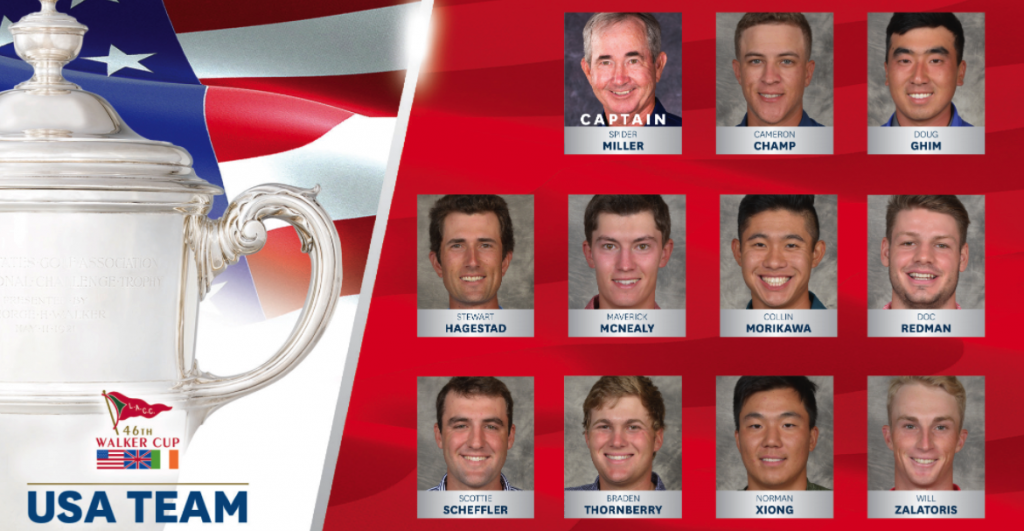 Cameron Champ
Sacramento, Calif. (Texas A&M)
Age: 22
WAGR: 7
Buzz: After making the cut at the U.S. Open (T-32), Champ was medalist at the North and South Amateur, won the Trans-Miss Amateur, finished second at the Pacific Coast Amateur and made the semifinals of the Western Amateur.

Stewart Hagestad
Newport Beach, Calif. (mid-amateur)
Age: 26
WAGR: 38
Buzz: The 2016 U.S. Mid-Amateur champion tied for 36th at the Masters, where he was low amateur. Also qualified for the U.S. Open, tied for 13th at the Irish Open and was T-10 at the Trans-Miss Amateur.

Collin Morikawa
La Canada Flintridge, Calif. (Cal)
Age: 20
WAGR: 6
Buzz: Won Northeast Amateur and was runner-up at the Sunnehanna Amateur and Trans-Miss Amateur. Made the Round of 16 at Riviera.

Braden Thornberry
Olive Brand, Miss. (Ole Miss)
Age: 20
WAGR: 3
Buzz: Wins this year include NCAA Championship, Jones Cup and Sunnehanna Amateur. Was also T-4 at the FedEx St. Jude Classic and made the Round of 32 at the U.S. Amateur.

TICKETS
Tickets for the 46th Walker Cup Match are available at www.walkercup.org. Grounds tickets for competition days are $75. Youth (age 16 and younger and accompanied by a ticketed adult) and active military are admitted free

PAR AND YARDAGE
The Los Angeles Country Club (North Course) will be set up at 7,397 yards and will play to a par of 35-35–70. The yardage for each session of the competition will vary due to course setup and conditions.

COURSE RATING AND SLOPE
Based on the course setup for the championship, the USGA Course Rating™ for The Los Angeles Country Club (North Course) is 76.9 and its Slope Rating® is 148.

FOURSOMES
Foursomes is a match in which two players compete against two others players in an alternate-shot format, with each side playing just one ball.

SCORING
A victory in each match scores one point. In the event a match goes 18 holes without a winner, a half-point is awarded to each team.

The team that scores the most points wins the Match. In the event of a tie, the team that won the previous competition retains the Walker Cup.

WALKER CUP MATCH HISTORY
This is the 46th Walker Cup Match. The competition began in the wake of World War I, following a series of meetings between the United States Golf Association and The Royal and Ancient Golf Club, the key purpose of which was a discussion of modifying the Rules of Golf. As part of the meetings, an international team competition was discussed, with the aim of strengthening understanding and friendship between The R&A and the USGA.

Among those attending the meetings at The R&A was George Herbert Walker, USGA president in 1920. Walker soon presented a plan for the competition and offered to donate a trophy. When the press dubbed the trophy the Walker Cup, the name stuck.

The first Walker Cup Match was contested in 1922 at the National Golf Links of America in Southampton, N.Y. Led by playing captain William C. Fownes Jr., the USA won the inaugural Match, 8-4. The USA leads the series, 35-9-1. Since 1989, however, when GB&I won for the first time in the USA, by one point at Peachtree Golf Club in Atlanta, Ga., the series is tied at seven victories apiece.

THE LOS ANGELES COUNTRY CLUB HISTORY
In 1897, a group calling themselves the Los Angeles Golf Club led by Joseph Sartori and Edward Tufts organized an association to further the cause of one of Southern California’s newest sports. After outgrowing two different locations and years of planning, the new Club at Beverly Hills officially opened on May 30, 1911. Its stately clubhouse, tennis courts and golf courses have served as the club’s home ever since. The original 18-hole golf course was laid out by Sartori, Tufts, Norman Macbeth and Charles Orr.

Thereafter, in 1921, British golf architect W. Herbert Fowler created two new 18-hole courses at the existing location to address the increasing popularity of the game of golf and The Los Angeles Country Club. In the late 1920s, legendary golf course architect and club member George C. Thomas Jr. redesigned the North Course and it was called his greatest design. In 2010, the North Course was unveiled after the completion of a five-year restoration project as noted architect Gil Hanse worked on Thomas’ original architecture. Balancing the unique architectural vision of the North Course and the functionality necessary to sustain its design well into the future, Hanse achieved what Thomas himself envisioned: “In golf course construction, art and utility meet; both are absolutely vital; one is utterly ruined without the other.” Archived photos, written documents and physical unearthing of landforms provided the framework for a finished product that reflects the past.

In March 2015, a significant 16-month renovation to the historic 106-year-old clubhouse at The Los Angeles Country Club (designed by architect and club member Sumner Hunt) began. The completed work restored its original grandeur. A grand reopening in August 2016 included the rededication of the Reagan Terrace in honor of Ronald Reagan, the 40th President of the United States and member of The Los Angeles Country Club.

In late 2015, Hanse began work to redesign and rebuild the South Course at The Los Angeles Country Club. Designed to provide a different but complementary golf experience from the North Course, the South Course was designed in the spirit of Augusta National with wide fairways transitioning to wood chips and native grasses with no rough. The South Course reopened in July 2016.

The Los Angeles Country Club is the host of the 46th Walker Cup Match and the club celebrates the tradition and the importance of amateur golf. With the net proceeds of the Walker Cup Match, the club expects to make a significant donation to the Southern California Golf Association to support youth golf. The Southern California Golf Association was founded at The Los Angeles Country Club.

The Los Angeles Country Club is the host site of the 2023 U.S. Open Championship.

USGA CHAMPIONSHIPS AT LACC
The Los Angeles Country Club’s North Course has previously hosted two USGA championships. Glenna Collett (Vare) won the fifth of a record six U.S. Women’s Amateur titles when she defeated Virginia Van Wie, 6 and 5, in the 1930 championship final. In 1954, Foster Bradley defeated Allen Geiberger, 3 and 1, in a battle of two Southern Californians for the U.S. Junior Amateur title. In each year, it was the first time that the championships were contested on the West Coast.

WALKER CUP IN CALIFORNIA
The 46th Match will be the second conducted in California and the third time the Walker Cup has been played on the West Coast. The previous host clubs were Seattle (Wash.) Golf Club in 1961 and Cypress Point Club, in Pebble Beach, Calif., in 1981.