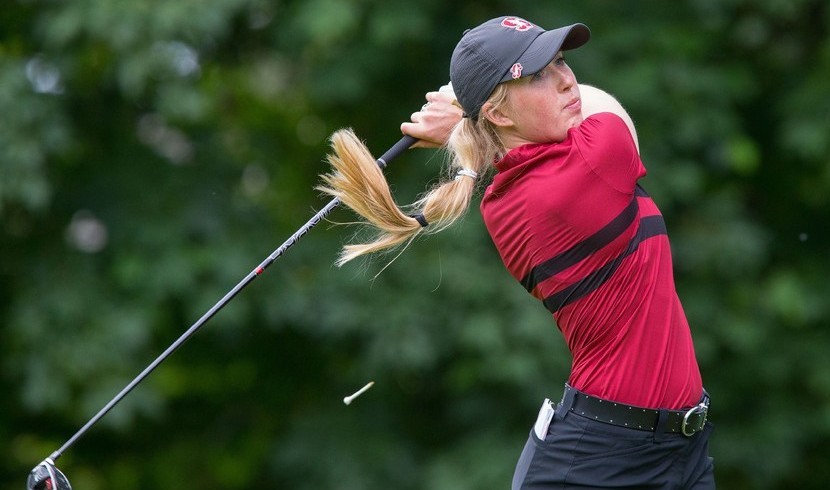 Casey Danielson of Stanford has been selected as recipient of the 2017 Dinah Shore Trophy, which is administered by the LPGA Foundation.

In addition to performance on the course, the player chosen annually to receive the award is judged on academic performance, leadership qualities and contributing to society through charitable endeavors.

“This is a great honor for our program,” Stanford coach Anne Walker said in a statement. “Casey has been an outstanding scholar-athlete and community member during her four years at Stanford. She will be a terrific ambassador of this award for many years to come.

“Dinah Shore was an ambitious, driven and highly successful female. We are fortunate she had a passion for the game of golf and gave back so much at a crucial time in the development of the LPGA. For Casey to receive this award honoring Dinah Shore is a thrill for her personally and our program.”

Danielson, a four-time high school state champion in Wisconsin, is a four-year member of the Stanford women’s golf team that won the 2014 Pacific-12 Conference Championship and the 2015 NCAA Championship in addition to finishing second in the NCAAs last year. .

“I’m so honored to receive this award,” Danielson said. “Coach was talking about Dinah Shore and what an incredible woman she was, and then she said I won the award. I was so surprised and my teammates were so excited for me.

“I have a passion for academics, golf and community service, bringing people together. I love the things that I do.”

Danielson will graduate next month with a degree in public policy, growth and development, and attained a 3.5 grade point average.

As a Stanford golf camp counselor, she helped coordinate camp activities, provided golf instruction and introduced important life skills to youngsters aged 5-15. She is a founder of “Birdies for a Cause” in Wisconsin, raising money for local and national non-profit organizations by connecting community pledges with golfer performance.

As part of the Dinah Shore Trophy Award, a $10,000 grant will be awarded to the Stanford women’s golf program.