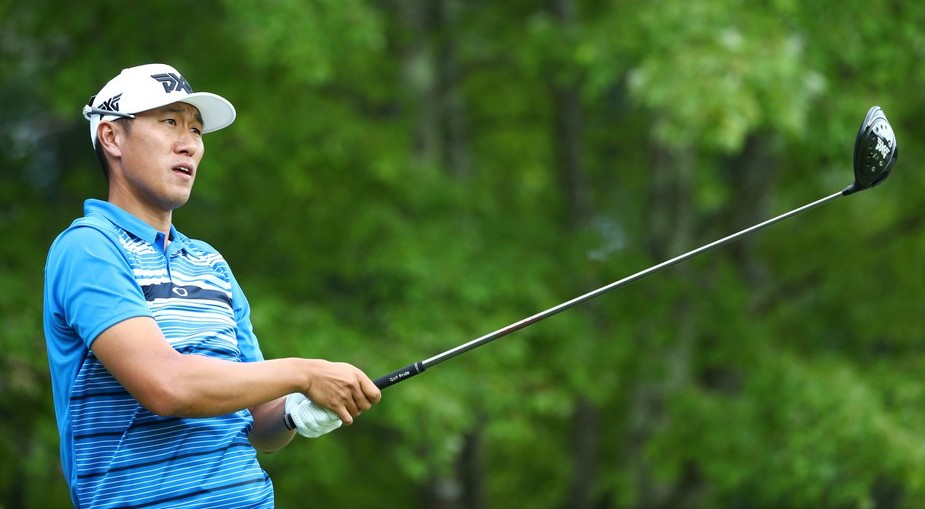 James Hahn, who lost his way for much of this season, seems to be back on track.

Hahn, from Alameda and Cal, posted his second bogey-free 6-under-par 64 in three days to take a one-stroke lead over Billy Horschel heading to the final round of the AT&T Byron Nelson at TPC Four Seasons Resort in Irving, Texas.

“You don’t really have to overpower this golf course,” said Hahn, who is seeking his third PGA Tour victory after winning the 2015 Northern Trust Open at Riviera and the 2016 Wells Fargo Championship, both in playoffs. “You definitely have to keep it in play.

“Today, I feel like I only hit four or five drivers. A lot of the holes are really about positioning for the second shot. … I feel like anytime I’m in the fairway with any club, really, that it’s a good chance for me to hit it in there 10, 15 feet and try to make a putt for birdie.

Hahn, who held the first-round lead with his other 64 and followed it with a 70, has a 54-hole total of 12-under 198. His only top-10 finish this season was ninth in the CIMB Classic in October and he has missed the cut five times, including two of his last three starts.

Horschel, trying to win for the first time since he captured the 2014 Tour Championship to claim the FedExCup, birdied the last three holes in a 66, while fourth-ranked Jason Day collected eight birdies in a 63 and is two shots back in a tie for fourth with third-round leader Jason Kokrak, who overcame a triple-bogey 6 on the fifth hole to shoot 72.

Cameron Tringale of Laguna Niguel also birdied the last three holes in a 67 and is another stroke back in solo fourth,

D defending champion Sergio Garcia of Spain, the Masters champion, had six birdies on the last eight holes to post a 64 and is four behind in a tie for sixth with Jason Dufner, who eagled the 16th hole in a 65, and Bud Cauley, who recorded a 68.

Scott Brown holed his third shot from 63 yards for an eagle on the seventh hole en route to a 65 and is five shots down in a tie for ninth with Scott Piercy, who totaled 66, Grayson Murray and Chad Campbell, who both recorded 68s, and Byeong-Hun An of South Korea, who came in at 69.

Top-ranked Dustin Johnson followed two 67s with a 71 and is tied for 19th.