Texas Open will be played for 88th time this week 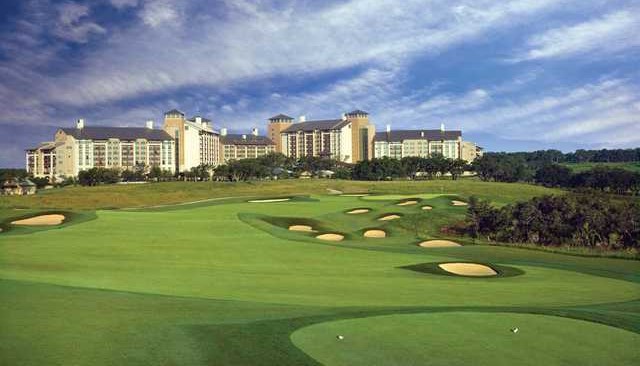 The Valero Texas Open is one of five events on the PGA Tour schedule played in Texas, but it is not simply another tournament.

The sixth-oldest golf tournament in the world, the Texas Open dates to 1922. It will be played for the 88th time this week at its latest venue, the AT&T Oaks Course at TPC San Antonio.

“The Texas Open did for professional golf what the railroad did for the cattle business,” wrote Frances G. Trimble, a Houston golf writer and historian.

Not to mention what the state of Texas has done for the game of golf.

Texas has produced a long line of winners on the PGA Tour, many of them major championships and/or members of the World Golf Hall of Fame in St. Augustine, Fla.

But that is not where the Lone Star State’s contributions to the game end.

LPGA Tour legends Kathy Whitworth, Babe Didrickson Zaharias, Sandra Haynie and Sandra Palmer also are members of the Hall of Fame, and the late Harvey Penick is considered by many to be the greatest golf instructor ever.

Arnold Palmer claimed the title in the first three years of the 1960s, and Leonard (pictured) came along to tie Arnie’s tournament record by winning in 2000, 2001 and 2007.

“You know, it’s pretty special,” said Leonard, who also captured the 1997 Open Championship at Royal Troon. “When I came back in 2002 to try and win for the third straight time, you know, I remember a lot of the talk was trying to join Arnold Palmer. … It’s great company to be in.

“Certainly winning (three times) close to home is very special. I get a lot of support out here from UT fans and just being from the State of Texas, and that means a lot to me, and it’s nice that I’ve been able to play well here at times.”

There was a battle of Texans two years ago on the Oaks Course when Walker, a resident of San Antonio, battled it out with Spieth, a former All-American at the University of Texas who lives in Dallas.

Spieth rallied with four straight birdies down the stretch playing in the final twosome, but Walker held him off with two birdies of his own to win by four strokes.

“Just to play this well at home in front of everybody, it’s amazing,” said Walker, who claimed his first major title last August in the PGA Championship at Baltusrol. “I don’t know how to describe it. It’s cool. It’s like what the (San Antonio) Spurs feel like when they win a big game at home. You’ve got that huge support. And everybody is there for you. And that’s kind of how it felt. So it was special.

“Jordan, wow, he kept firing right at me. And it was actually really fun and it really showed what he was made of, what I was made of. He was grinding all the way to the end, and so did I. And to be able to answer the shots he was hitting, because he was hitting first, and then to make the putts before he could make them, because I knew he was going to make them.”

Unfazed, Spieth — then 22 — lost in a playoff the next week in the Shell Houston Open. One week after that, he claimed his first major championship at the Masters.

Two months later, he captured the U.S. Open at Chambers Bay, and that August he finished second to Jason Day in the PGA Championship en route to becoming the No. 1-ranked player in the world.

“None of it would have been possible without tournaments like the Valero giving me sponsor exemptions going back two years (when he was just starting out on the PGA Tour),” said Spieth, who earned his first pro victory in Texas last year at the Dean and DeLuca Invitational in Fort Worth.

“Ultimately it made a huge difference in my career … taking advantage of being in the home state of Texas here and riding some support. I wanted to play well in my home state, no doubt about it.”

Reed, another Texan, made a run at the title in San Antonio last year before Charley Hoffman beat him by one stroke with a 9-foot birdie putt on the final hole.

Expect another Texas-style shootout this week, right down the road from the Alamo.