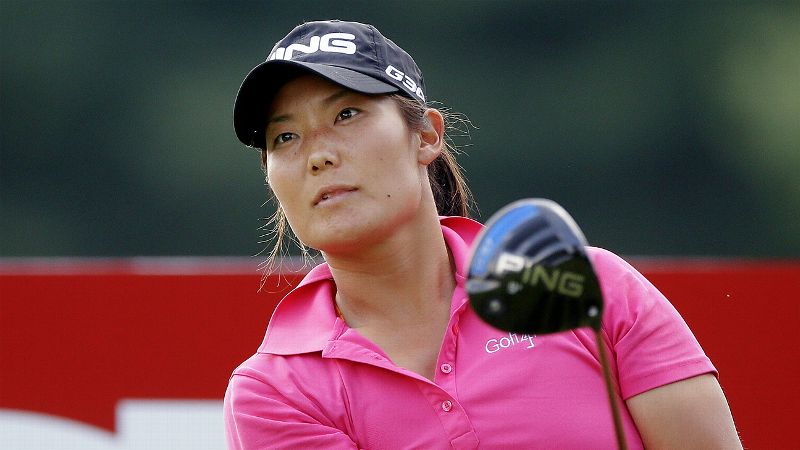 Tiffany Joh, who plays on the LPGA Tour, reported that she is cancer-free after a melanoma scare.

The 30-year-old from San Diego, a four-time All-American at UCLA, had an irritation on her scalp that tested positive for melanoma. She told Golfweek she considered the spot only a nuisance for almost a year until a friend and melanoma survivor advised her to have it checked while they were surfing.

Joh said the doctors were surprised by the positive diagnosis because melanoma is not prevalent among people of Asian descent.

“You know I’ve always suspected I had a little Caucasian in me,” Joh quipped. “I don’t turn red when I drink alcohol, I’m not lactose-intolerant, I’m surprisingly bad at math and decent at parking.

” … Somewhere between that dark period spent deep in the throes of Google/WebMD searches and now, I started to think about how I would go about tackling a really difficult golf course.

“I’d try to find humor in the crap situation, chip out into the fairway, and continue to stick to the game plan. Because ultimately, the most important shot isn’t the first one or the last one, it’s the one that’s right in front of you.”

After the melanoma removed from Joh’s scalp, her skin was stretched out and stapled back into place. After 10 days, she was told the melanoma had not spread.

Joh, whose two pro victories came in the 2010 ING New England Golf Classic and the 2011 South Shore Championship on the Futures Tour, is surfing again and plans to play for the first time in 2017 on the LPGA Tour at the Bank of Hope Founders Cup in Phoenix on March 16.