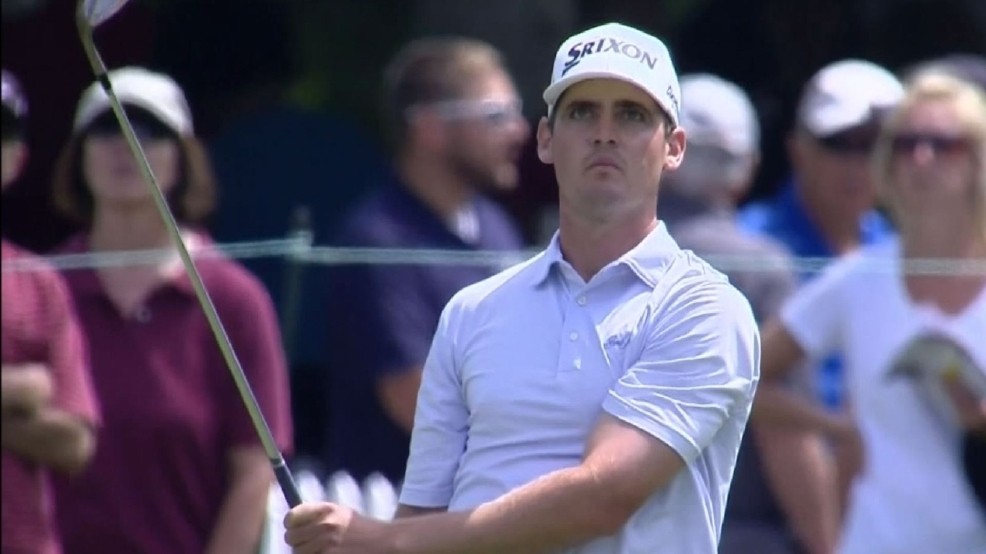 Rick Lamb, Seung Yul-Noh of South Korea and Joel Dahmen posted 4-under-par 68s at Spyglass Hill Golf Course before rain and wind halted play for the day in the first round of the AT&T Pebble Beach Pro-Am.

More than half the field of 152 players and their amateur partners will return early Friday to complete the first round, but more of what longtime tournament fans call “Crosby weather” is expected.

However, clear skies and sun are forecast for the weekend in the event that started out as the Bing Crosby Pro-Am.

“I’m glad I wasn’t out at Pebble, if that was the case there,” Lamb (pictured), who played college golf at Santa Clara before transferring to Tennessee, said when told of the brutal conditions on the host course, which plays along the Pacific Ocean for several holes

“We were off at 7 a.m. and at first I didn’t think it was great. I was a little groggy this morning, but by the time we got going it was good. And I think we teed off before the sun actually rose.

“But our last three holes it started to rain a little bit, and we definitely got lucky with our tee time today.”

Sixth-ranked Jordan Spieth was 3-under through 16 holes on the Shore Course at Monterey Peninsula Country Club and was tied for fourth with Nick Watney of Davis and Fresno State, Tim Wilkinson of New Zealand and Mark Hubbard of San Jose State, who all were 3-under at Pebble Beach Golf Links.

“It was tough,” Day said of the conditions. “The wind was pretty stiff. Then obviously the rain.”

Phil Mickelson, a four-time winner at Pebble Beach, was 1-under and in a tie for 22nd that included two-time Pebble champ Dustin Johnson and Olympic gold medalist Justin Rose of England, all three playing Pebble Beach.