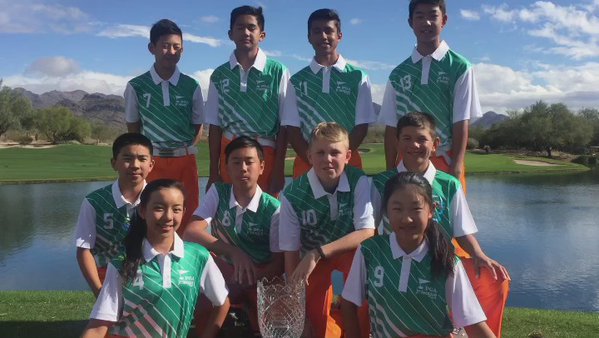 Alice Liu sank a three-foot putt to collect the winning point for the team from Las Positas Golf Course in Livermore, which also represented California when it won the tournament in four years ago.

“When I was setting up to the ball, I just wanted to make it,” the 12-year-old Liu told PGA.com. “When everyone started jumping and cheering, that’s when I realized it was the winning putt.”

“These kids fight,” DeBenedetti told PGA.com. “They grind. They go after it.”

Georgia has faced California in every final match of the five-year history. Georgia won the championship only in 2013, with California winning the last three.