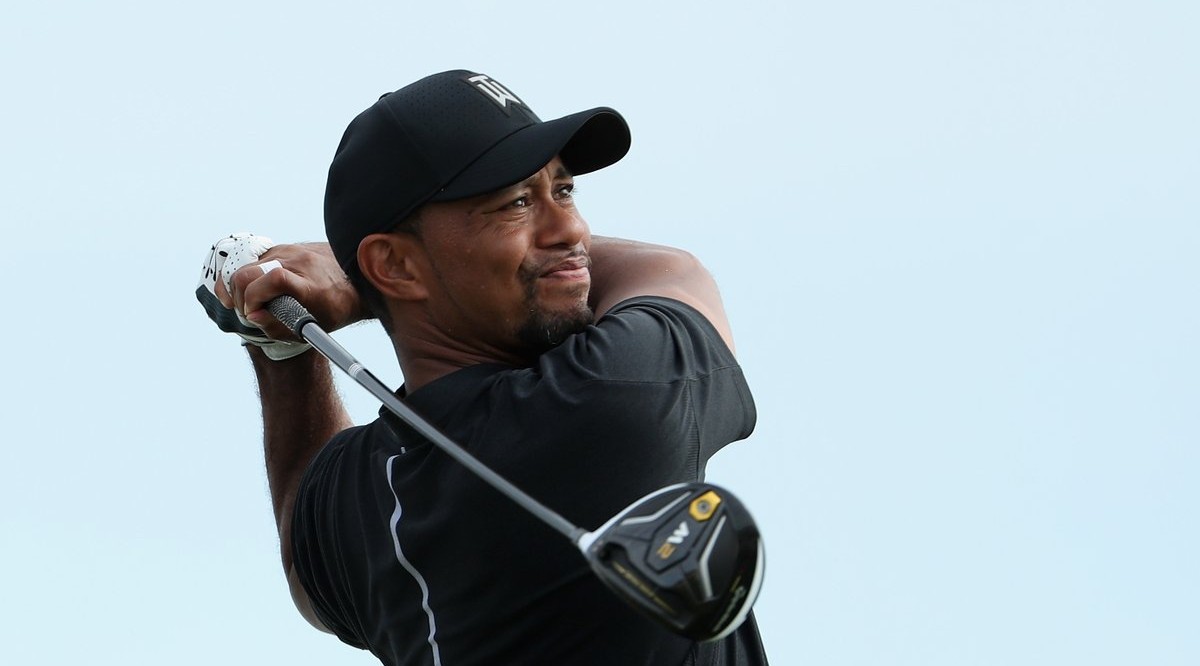 Tiger Woods gave his fans a blast from the past on a day Dustin Johnson and Hideki Matsuyama of Japan wound up tied for the lead midway through the Hero World Challenge.

Woods, playing for the first time in 16 months, bounced back from a 1-over-par 73 in which he played well for 15 holes before fading, carding a bogey-free 65 at Albany Resort and was six shots back in a tie for ninth in New Providence, Bahamas.

“I felt comfortable from the first tee shot and bombed it down there (en route to an opening birdie),” said Woods, who played without a partner after Justin Rose of England withdrew because of a back injury. “Yesterday, I was 4-under through eight holes but made bogeys on 9 and 11. Today, I made birdies there, a difference of four shots.

“When I had to, I got up-and down for pars. Those par putts were big because I was able to keep my momentum in the middle of the round and moved up the leaderboard.”

Johnson, the U.S. Open champion, birdied three straight holes through No. 4 and added an eagle on the 11th hole on his way to a second straight 66, while Matsuyama stumbled only with a bogey at No. 17 in a 67.

Matsuyama and Johnson were tied at 12-under 132.

“My short game has been pretty good,” said Johnson, the highest-ranked player in the field at No. 3 in the world. “I was able to get up-and down for par when I needed to and I’ve been rolling the putts pretty well.

“I’ve been driving the ball better, and my wedge game and short game have been pretty good. I’m not going to chance much, I’m just trying to get better.”

Matt Kuchar and Louis Oosthuizen of South Africa carded 67s for the second straight day and were two strokes back in third.

Defending champion Bubba Watson was another shot back in solo fifth after making two eagles in a 63 that was the low round of the day, while Brandt Snedeker was sixth following a 64.

Jordan Spieth four-putted the final green to make a double-bogey 6 to shoot 69 and was five shots down in a tie for seventh with first-round leader J.B. Holmes, who had a three-stroke lead at one time but played the back nine in 5-over 40 and wound up at 73.

Woods was tied for ninth with Rickie Fowler, who totaled 70, and Henrik Stenson, whose 71 was marred by a triple-bogey 7 on the 16th hole.