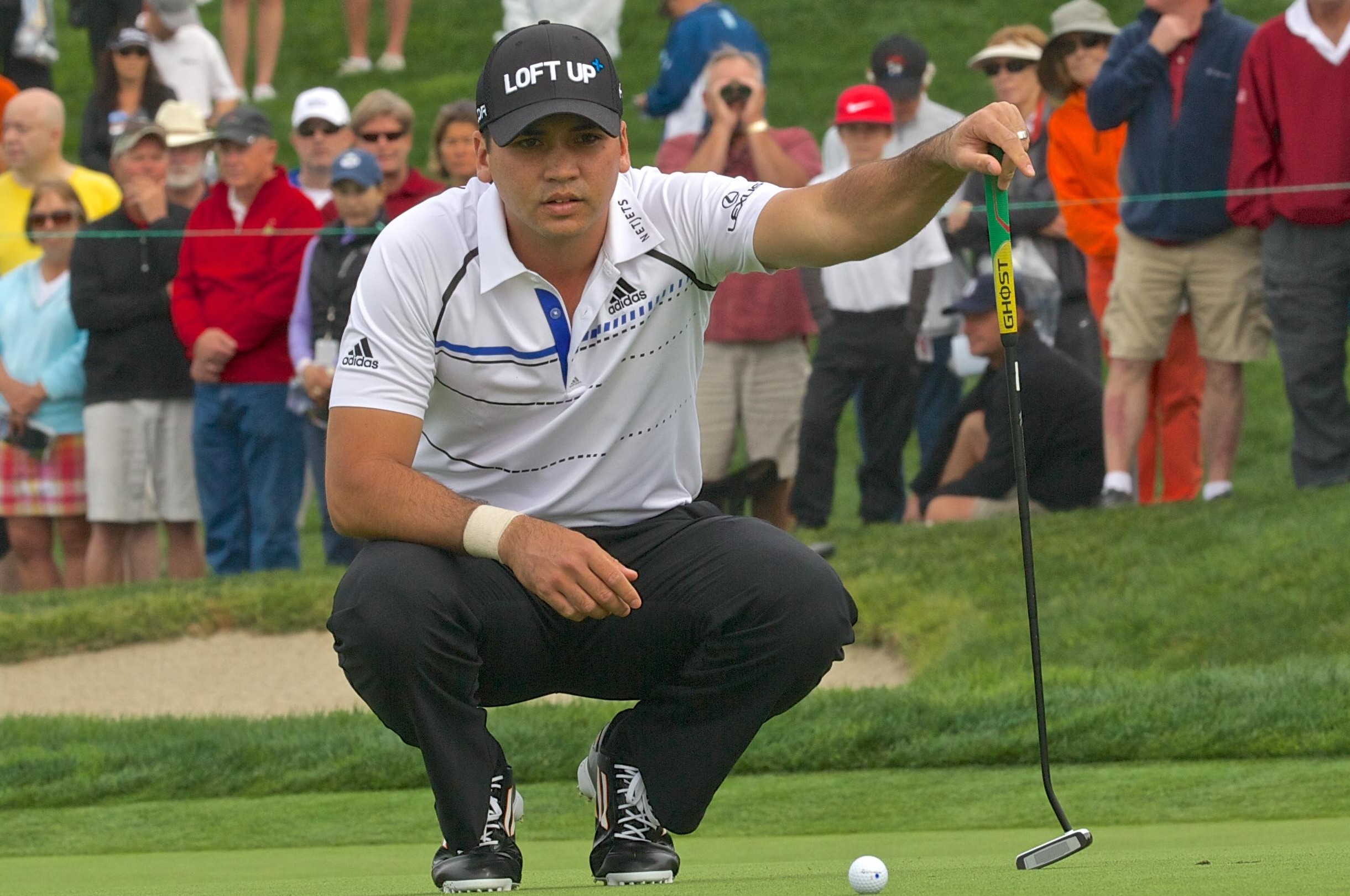 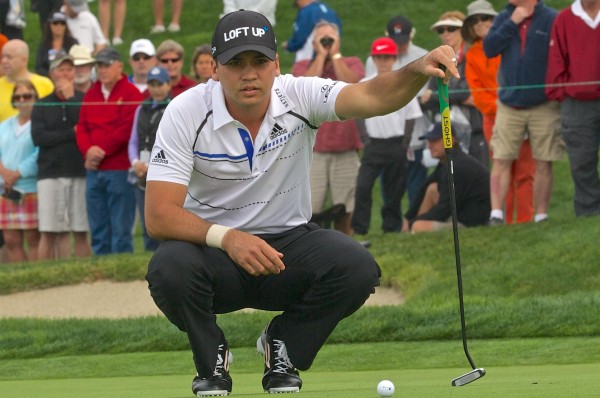 1. Jason Day, Australia — Admittedly running on empty when he tied for 12th in the Deutsche Bank Championship after winning three of his previous four tournaments, Day might have benefited most from the one-week break in the FedEx Cup points. He leads the point standings after winning the playoff opener, The Barclays, and is a lock to be in the magic top five heading into the Tour Championship next week. The Aussie is playing in the BMW Championship for the fifth time, with his best result a tie for fourth two years ago at Conway Farms, where the event is being played this week. He closed with a 66, but wound up five strokes behind winner Zach Johnson. Last year, he withdrew during the second round because of a back injury at Cherry Hills after opening with a 70.

2. Rory McIlroy, Northern Ireland — Having regained his No. 1 spot in the World Golf Rankings from Jordan Spieth this week, McIlroy should be ready to start playing like the best player in the world again after missing six weeks during the summer because of a left ankle injury. His game seemed to be returning when he shot 66 in the final round of the Deutsche Bank Championship to tie for 29th and he needs a high finish in the BMW Championship to move up from 17th in the FedEx Cup standings. Rory won the BMW three years ago at Crooked Stick, where he was in or near the lead all the way after opening with a 64. However, he tied for 59th in his title defense two years ago at Conway Farms, where the tournament will be played this week.

3. Jordan Spieth, United States — Taking the one-week break to regroup after missing the cut in the first two events of the FedEx Cup playoffs, The Barclays and the Deutsche Bank Championship, Spieth hopes to regain his form from earlier in the season at the BMW Championship. The Masters and U.S. Open champion led the point standings by a wide margin for much of the season and still is second, in addition to being No. 2 in the World Golf Rankings after trading the top spot recently with Rory McIlroy. Spieth, who has won four times this year, is playing for the third time in the BMW, having tied for 16th two years ago at Conway Farms as a rookie before tying for eighth last year at Cherry Hills.

4. Henrik Stenson, Sweden — The 2013 FedEx Cup champion has finished second in each of the first two events of the playoffs, The Barclays and the Deutsche Bank Championship, and his first victory of 2015 would go a long way toward helping him win the year-long race for the second time. The big Swede has been close, finishing second four times this season, which has helped push him to fourth in the point standings. Stenson is playing in the BMW Championship for the fourth time and posted his best result last year, a tie for 23rd at Cherry Hills. When the tournament was played in 2013 at Conway Farms, this week’s venue, he broke 70 only when he carded a 67 in the third round, on his way to a tie for 33rd.

5. Zach Johnson, United States — After a mini-slump following his victory in the Open Championship at St. Andrews, Zach made a strong start to the FedEx Cup playoffs when he tie for fourth in The Barclays and tied for 22nd in the Deutsche Bank Championship. He has climbed to seventh in the FedEx Cup standings and needs another strong result this week in the BMW Championship to climb into the magic top five going to the Tour Championship next week at East Lake in Atlanta. Johnson won the BMW two years ago at Conway Farms, where it is being played this week, by two strokes over Nick Watney. He opened with a 64 and closed with a 65 to register his second top-10 finish in the event, having finished fifth in 2009 at Cog Hill.

6. Jim Furyk, United States — The 2010 FedEx Cup champion climbed to No. 9 in the FedEx Cup standings by tying for 11th in the Barclays and tying for fourth in the Deutsche Bank Championship, and he can jump into the magic top five heading to the Tour Championship with another high finish this week in the BMW Championship. That hasn’t been a problem for him, as he has 12 top-10 results in 16 appearances in the tournament that started out as the Western Open, including a two-stroke victory over Tiger Woods in 2005. Furyk has finished in the top 10 in each of the last three years, including third two years ago at Conway Farms, where he posted a 59 in the second round, and eventually wound up two shots behind winner Zach Johnson.

7. Bubba Watson, United States — Holding down the No. 5 spot in the FedEx Cup standings, Bubba needs another good finish this week in the BMW Championship to stay there heading to the Tour Championship, where any player in the top five who wins is guaranteed to take home all the marbles. He finished solo third in The Barclays and tied for 29th in the Deutsche Bank Championship and could be a factor at Conway Farms, where he tied for 24th two years ago. Last year, Watson finished with three consecutive 66s at Cherry Hills near Denver and wound up solo second, two strokes behind Billy Horschel. Bubba has placed in the top three in three of his last five events, also finishing second in both the RBC Canadian Open and the WGC-Bridgestone Invitational.

8. Justin Rose, England — Another player who should benefit from the one-week break in the middle of the FedEx Cup playoffs, Rose had finished in the top six in five of his previous six tournaments before he tied for 16th in the Barclays before missing the cut in the Deutsche Bank Championship to start the post-season. The Englishman won the BMW Championship in 2011 at Cog Hill, opening with a 63 and leading all the way to claim a two-stroke victory over John Senden of Australia. Rose, who won the Zurich Classic of New Orleans in April, needs a high finish this week at Conway Farms, where he tied for 33rd two years ago, because he is 13th in the point standings and needs to improve his position going into the Tour Championship next week.

9. Billy Horschel, United States — The reigning FedEx Cup champion is in danger of not even making it back to the Tour Championship at East Lake in Atlanta to defend the double crown he claimed in Atlanta. Horschel is 67th in the point standings and needs a very high result this week in the BMW Championship to climb into the top 30 and make it to the finale. Something like his performance last year at Cherry Hills would do, as he took the lead in the third event of the playoffs with a 63 in round three and closed with a 69 to beat Bubba Watson by two strokes. In 2013, he tied for 18th in the BMW by closing with a 66 at Conway Farms, where the tournament is being played this week.

10. Phil Mickelson, United States — Lefty ranks 61st in the FedEx Cup standings and needs a big effort this week in the BMW Championship, perhaps even a victory, to climb into the top 30 to qualify for the Tour Championship at East Lake in Atlanta. There is little in his recent play to suggest that might happen, other than a tie for 18th in the PGA Championship, but he has made something out of nothing many times during his career. Mickelson will be making his 13th appearance in the BMW and has only two top-10 finishes in the event, including a tie for second in 2012 at Crooked Stick, where he held the lead heading to the final round but closed with a 70 to tie for second, two strokes behind Rory McIlroy. Two years ago at Conway Farms, he tied for 33rd.