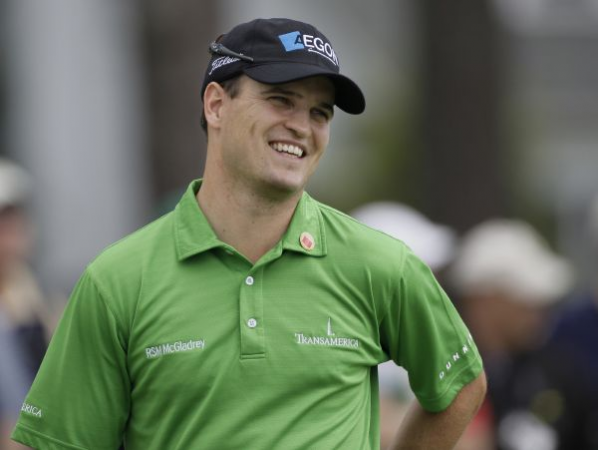 Zach Johnson posted a brilliant 7-under-par 66 in the final round to capture the Hyundai Tournament of Champions by one stroke over Jordan Spieth on the Plantation Course at Kapalua.

Johnson, who came into the tournament at No. 9 in the World Golf Rankings, claimed his 11th victory on the PGA Tour, including the 2007 Masters. He has won three of his last six events, including the unofficial Northwestern Mutual World Challenge last month.

“I just picked (the Plantation Course) apart,” said Johnson, who bounced back from a 74 in round three after he held a three-stroke lead through 36 holes. “I didn’t deviate from anything I usually do on the golf course.

“It was fairways and greens for me, and being patient. That’s a big thing for me, whether I’m five up for five down. I just wanted to be at peace out there, and it was great having my family here with me.”

Spieth, who finished second for the fourth time in 25 events on the PGA Tour to go with his playoff victory over Johnson and David Hearn in the John Deere Classic last July, closed with a second straight 69.

The 2013 PGA Tour Rookie of the Year holed a 10-foot birdie putt on the 18th hole to grab sole possession of second, but missed several chances while recording seven consecutive pars on the back nine before making birdies on the last two holes.

Webb Simpson sank a six-foot birdie putt on the final hole to shoot 70 and tie for third with Kevin Streelman, who had four consecutive birdies through No. 17 in a round of 67.

Jason Dufner was in the hunt until hitting his approach shot into the weeds on the 17th hole en route to a double-bogey 6 and was solo fifth after a 69.

Adam Scott, No. 2 in the World Golf Rankings after a career year that included victories in the Masters, the Barclays, the Australian PGA and the Australian Masters, closed with a 69 to tie for sixth with Matt Kuchar, who had a 67, defending champion Dustin Johnson, who struggled to a 73, and Billy Horschel, who came in with a 66.