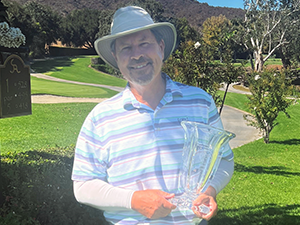 The 65-year-old made a two-putt par on the first hole of a sudden-death to turn back Craig Calkins of Manhattan Beach and win the 23rd Southern California Golf Association Super Senior Championship on the Ranch Course at Alisal Guest Ranch and Resort in Solvang.

Worley, who captured the Morrison Cup earlier this year, made two birdies down the stretch to finish regulation play at 71-71—142, 2-under-par, while Calkins also had two late birdies to force the playoff at 72-70—142.