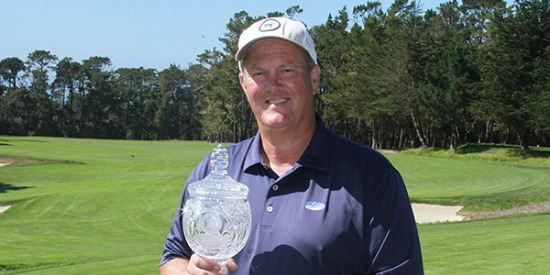 Corey West had the 60th Northern California Golf Association Senior Championship within his grasp, but needed two extra holes to nail it down.

“It feels fantastic,” said the 59-year-old West, who earned his first NCGA title. “I feel like I had to win it twice. It ended up being a lot more exciting than if I had just made par on 18 to finish. “I could’ve saved everyone some time.

“I just focused on playing my own game. Mark (Morgan) and Jeff (Wilson) are fantastic guys. They were wonderful to play with.”

Morgan earned enough points to move to the top of the standings and claim the 2020-21 NCGA Senior Player of the Year Award.