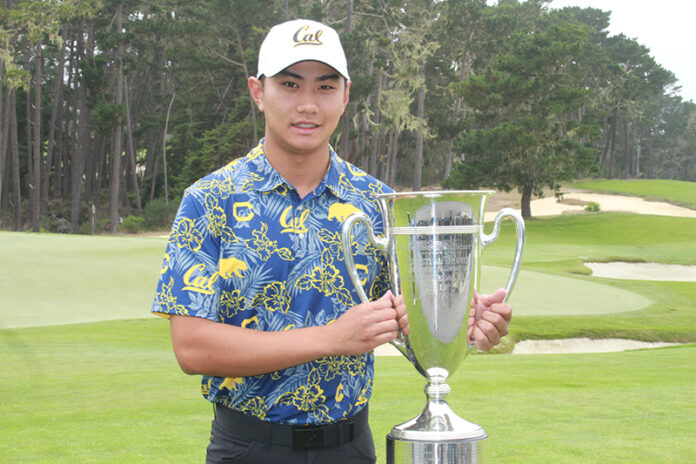 Nathan Wang of Fremont sank a 35-foot birdie putt on the 17th hole in the final round and captured the 42nd Northern California Golf Association Stroke Play Championship by one stroke over Garrett Wagner of Brentwood at Poppy Hills Golf Course in Pebble Beach.

“It feels pretty good,” said Wang, who will be a freshman at the University of California in Berkeley this Fall and had his dad, Wilson, on the bag as caddie with his mom, Sherry, also on hand. “The course set-up was insanely hard.

“I’ve been playing well. I came here wanting to keep that mojo. It all comes down to how you handle it shot-by-shot. … It was awesome to have (his parents) here. It’s been a while since I’ve had my dad on the bag as caddie. It was nice to have a father-son duo again.”

Said Wagner: “I knew it was going to play hard. I just came out trying to make pars. He just beat me.”