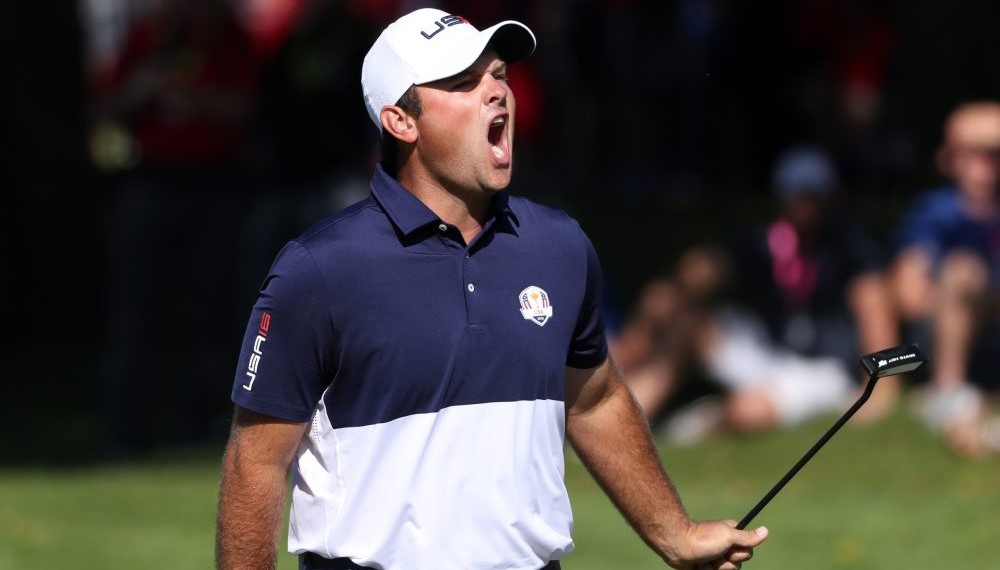 After having the Ryder Cup ripped away by a brilliant run from Europe in Sunday singles four years ago at Medinah, the United States reclaimed the trophy with a rousing 17-11 victory at Hazeltine National Golf Club in Chaska, Minn.

“I’m so proud of these guys,” said U.S. Captain Davis Love III, who also was in charge in 2012 when his team took a 10-6 lead into the singles matches before the Euros stole away with a 14 1/2 to 13 1/2 victory. “There was a lot of pressure on them after the last couple years. It was a great team effort and I’ve never seen a team come together like this one.

“There was some unbelievable golf and the Europeans played great. Rory McIlroy had one of the best months of golf I have every seen. Early (on Sunday) the scoreboard got really blue, but then it all turned red.”

The Yanks won the Ryder Cup for the first time since 2008 at Valhalla after the Euros won the biennial event three straight times and eight of the last 10, with the U.S. increasing its overall lead in the competition that dates to 1927 to 26-13-2.

Patrick Reed (pictured), who improved his overall Ryder Cup record to 6-1-2 including 3-1-1 this time, started things off with a 1-up victory over McIlroy in what will go down as one of the greatest matches in the event’s history.

The points continued to pile up and Ryan Moore, the last of Love’s four Captain’s Picks, provided the clincher with a 1-up victory over Lee Westwood of England, coming from 2 down by winning the last three holes with eagle-birdie-par.

“Amazing, absolutely amazing,” Moore said as he was mobbed by his teammates. “There was some great golf going on around me and I was able to relax and play well on the last few holes to pull out the win.

“It was unbelievable to get the clinching point. I didn’t want to let my team down.”

After Reed captured the first match of the day, it was a while before Rickie Fowler beat Olympic champion Justin Rose, and soon the cascade of points began

It was a bad day for England, the home of the players in all five of those matches.

For the Euros, Open champion Henrik Stenson of Sweden knocked off Jordan Spieth, budding star Thomas Pieters of Belgium got past J.B. Holmes and Rafa Cabrera Bello of Spain beat PGA champion Jimmy Walker, all by scores of 3 and 2, and Martin Kaymer of Germany outlasted Matt Kuchar, 1 up.

In another brilliant match, Phil Mickelson halved with Sergio Garcia of Spain as they combined for 19 birdies.

“In the end, the Americans just played great,” European Captain Darren Clarke said. “They made all the putts and ours lipped out, and it’s been happening the other way around for a while.

“Our guys gave it their all and I couldn’t ask any more of them. We’re bitterly disappointed, but all credit to Davis and his team.”

The 42nd Ryder Cup will be played in 2018 at Le Golf National in Paris.