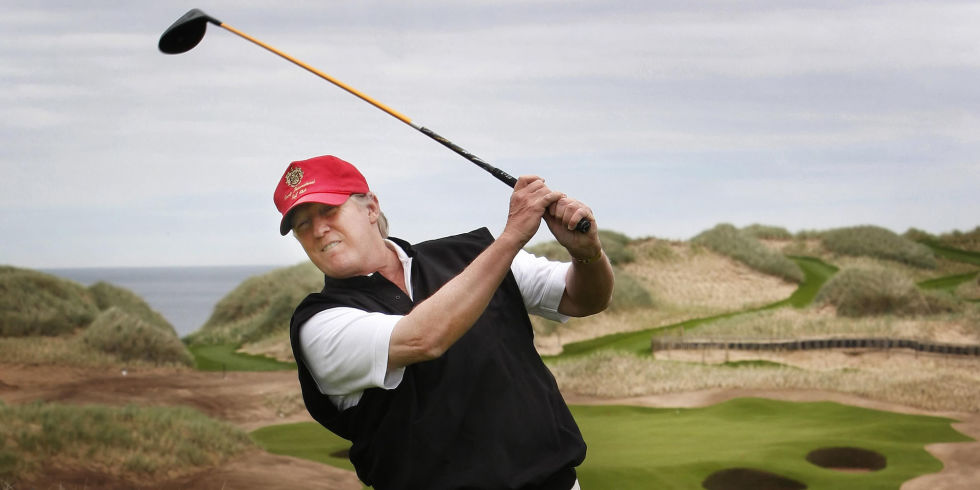 A set of TaylorMade RAC TP Forged Irons once owned and used by President Donald Trump recently sold at auction for $29,798.13, according to RR Auction of Amherst, N.H. The minimum bid on the clubs was set at $2,500.

Trump gave the clubs as a gift to his personal caddie, Andrew Lombardo, who works at Trump National Golf Club Bedminster in Bedminster Township, N.J.

“The set of TaylorMade TP Rac’s with (D. Trump) engraved on them were given to Mr. Trump by the TaylorMade CEO Mark King at the TaylorMade Media Day we had at Trump National Golf Club – Bedminster when we became a TaylorMade club and the clubs were used by Mr. Trump for the rest of the season,” Lombardo wrote in a notarized letter of provenance that accompanied the clubs. The clubs were put in our bag room for the winter and next season Mr. Trump had a new set of clubs from TaylorMade.

“I knew the first set of irons were special and so beautiful, they were the only set of forged blades, the first set that TaylorMade gave to Mr. Trump and the only set that had (D. Trump) engraved on them, all the sets after that I saw were cavity backed with (DJT1) engraved on them. I waited for the right moment to ask Mr. Trump for the clubs, I personally asked Mr. Trump and he told me to ask the head pro (Mickie Gallagher), which I did and he said yes. I had the irons in my possession for about 11 or 12 years.”

Reportedly, they are in fine condition, with light signs of use.

The clubs also were accompanied by images of Lombardo posing with Trump, pro golfer Natalie Gulbis, and former New York City Mayor Rudy Giuliani, and others of Trump on the golf course.

A spokesman for RR Auction said the buyer wishes to remain anonymous.