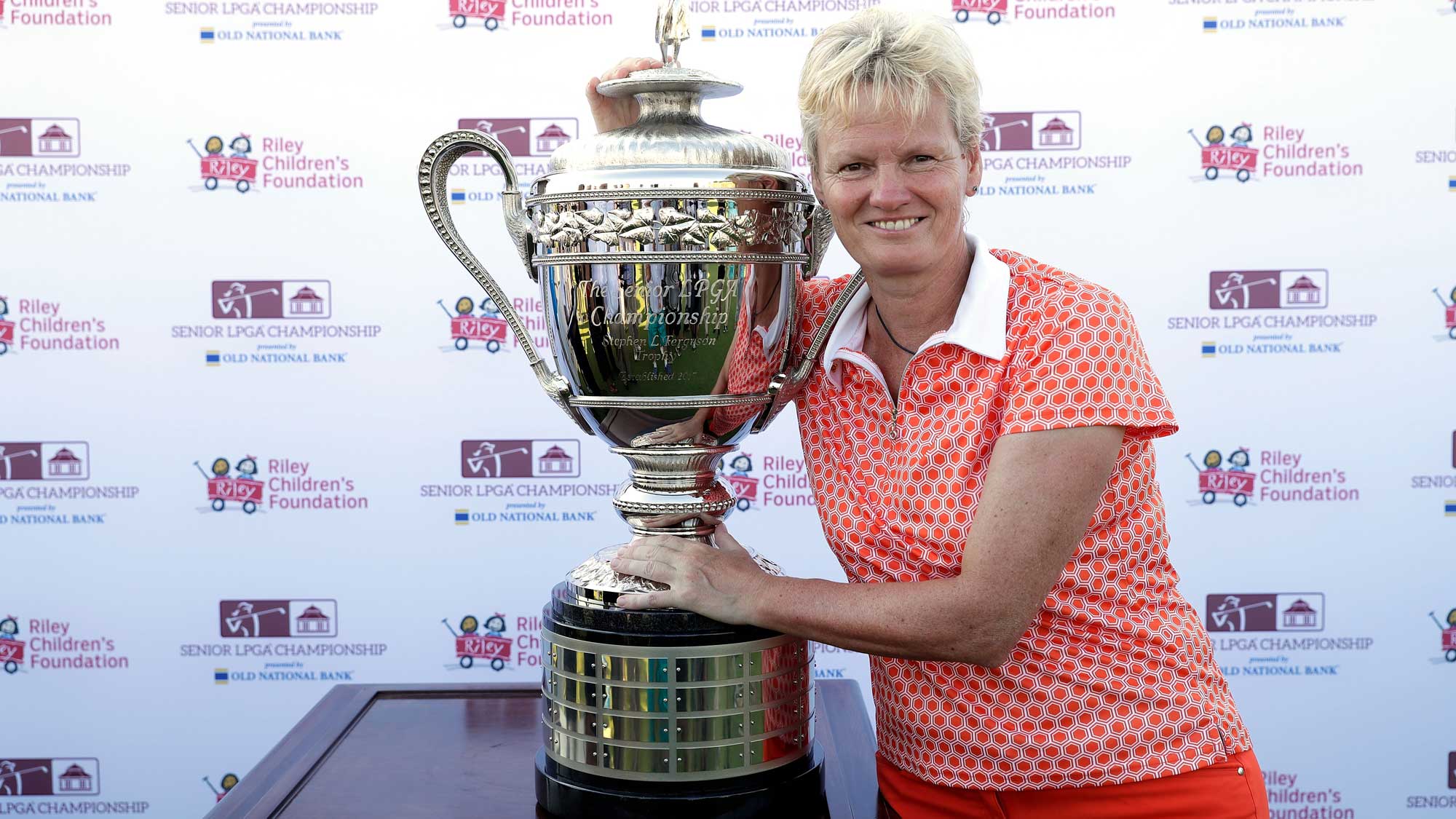 Trish Johnson of England led virtually all the way and captured the inaugural Senior LPGA Championship by three strokes over Michelle Redman on the Pete Dye Course at French Lick Resort in French Lick, Ind.

The 51-year-old Johnson, who claimed three of her 25 career victories on the PGA Tour and 19 on the Ladies European Tour, coasted to victory despite posting a 1-over-par 73 in the final round.

“I’m often asked what my favorite course in the world is and I always say St. Andrews, but I think this place has taken over,” said Johnson, who also won the 2016 Legends Tour Championship at French Lick. “It feels fantastic. This is the reason you play golf to try to win something like this. It is going to be a very, very fun evening.

“I hit my driver so well all week. I was quite long, so I was hitting a lot of short irons in. Some of these greens are pretty wicked so if you have short clubs in that is a major advantage.”

Johnson, who claimed her second victory on the LPGA Legends Tour, finished with a 54-hole total of 4-under 212.
Redman was unable to close ground because she made two double bogeys while also closing with a73, while Dame Laura Davies, a four-time major champion who opened with a 79, shot 68 to finish five shots back in a tie for third with Helen Alfredsson of Sweden, who totaled 69, and Wendy Doolan of Australia, who finished at 71.

Liselotte Neumann of Sweden carded a 73 and was six back in solo sixth, followed two strokes further back by Nicole Jeray, who had a 74, while Lorie Kane of Canada was one more behind in eighth after a 76.